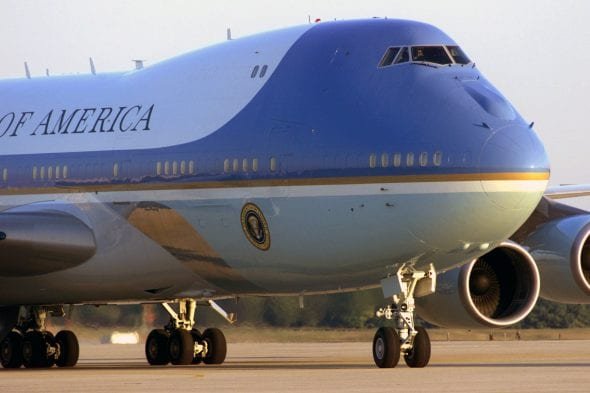 The U.S. Air Force and Boeing have finalized a contract for two new planes to replace the aging 747’s currently serving as Air Force One and the two-plane deal will save taxpayers about $1.4 billion according to the White House.

“President Trump negotiated a good deal on behalf of the American people,” Boeing said in a statement shortly after initial negotiations had ended.

The two sides reached preliminary agreement in late February on the $3.9 billion price tag, much lower than Boeing’s original proposal of $5.3 billion.

“The contract sets the total price for the two completed Air Force One replacement aircraft at $3.9 billion, saving the taxpayers over $1.4 billion from the initially proposed $5.3 billion cost-plus contract,” the White House said in a statement Wednesday.

The Air Force awarded the contract to Boeing Tuesday and the aircraft manufacturer is set to deliver two “presidential, mission-ready” aircraft by 2024 and an Air Force spokeswoman said that Trump’s involvement put an emphasis on reducing costs.

“We had already been working to simplify the program’s requirements in order to reduce cost, the attention from President Trump certainly emphasized affordability,” she said.

Trump was personally involved in the negotiations. At first, he spoke to Being CEO Dennis Muilenburg by phone then, later that month, hosted him at his Mar-a-Lago resort in Florida. After a final meeting between the two at Trump Tower in Manhattan, Muilenburg told reporters that great progress had been made.

“We made some great progress on simplifying requirements for Air Force One, streamlining the process, streamlining certification,” he said.

Trump injected himself into the negotiations a month before his inauguration saying that that price was “ridiculous” and tweeted, “Cancel order!” as a negotiating tactic. The president had also wanted the delivery to happen in 2021, three years earlier than required in the new contract.

Support Conservative Daily News with a small donation via Paypal or credit card that will go towards supporting the news and commentary you've come to appreciate.
Tags
Air Force One Boeing The Air Force Trump Administration