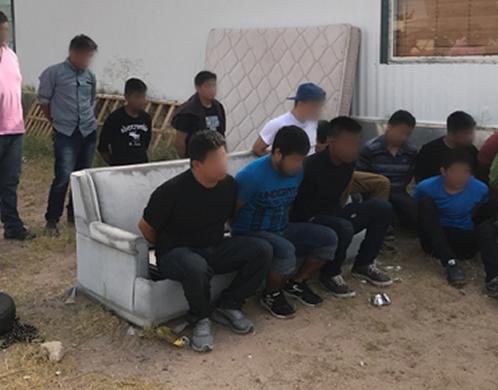 The following two U.S. citizens are among the alien smugglers who were arrested and charged with alien smuggling:

“We remain steadfast in our commitment to vigorously pursue members of transnational criminal networks that exploit and endanger people they smuggle into our country,” said Jack P. Staton, special agent in charge of HSI El Paso. “These smugglers are driven by human greed and heartlessness.  HSI will continue to work with our law enforcement partners, such as Border Patrol, to maintain the integrity of our border and nation’s immigration laws.”

“This is a great example of the dedication and cooperation amongst area law enforcement agencies working towards the shared goals of securing our borders, protecting our local communities and our nation,” said Deputy Chief Patrol Agent Chris T. Clem, U.S. Border Patrol-El Paso Sector.