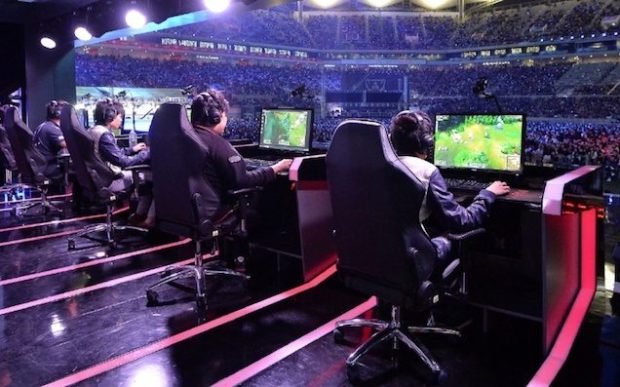 New research released Tuesday on the rise of esports, shows that 10% of U.S. broadband households are watching this new form of content. Parks Associates’ new industry report Digital Natives: The Rise of Esports and the 360 Deep Dive Sports vs. Esports: Audience, Spending, and Consumption define esports as professionally or semi-professionally organized competitive video gaming events, including popular gaming titles such as “League of Legends,” “Call of Duty,” and “Street Fighter.”

“Esports is a young, dynamic, and fast-growing industry. While viewership of many traditional sports is waning, esports is well positioned to capture the attention of a generation that grew up playing video games. Today, 62% of U.S. broadband households play video games at least one hour per week,” said Hunter Sappington, Research Analyst, Parks Associates. “Esports is currently a niche market, but it has the ability to engage often hard-to-reach demographics.”

The international research firm notes the esports audience is typically younger male gamers under 35 with a tendency to be on the cutting edge of technology and trends. Esports viewers spend more than twice as much money per month on non-pay-TV video entertainment content than non-viewers, with a monthly average expenditure of $47.23 compared to $22.97.

“For distributors, including pay-TV providers, OTT services, and social media platforms, esports represents an opportunity to complement existing content and grow the viewing audience,” Sappington said. “By participating in this market during its formative stage, pay-TV providers, networks, and other ecosystem players can influence the trajectory of the market and secure content rights to key events.”

The research report and consumer research examine the esports audience, including the size, habits, and factors that drive viewership, and things that make them different from non-esports viewers. Additional data includes:

Support Conservative Daily News with a small donation via Paypal or credit card that will go towards supporting the news and commentary you've come to appreciate.
Tags
eSports video games