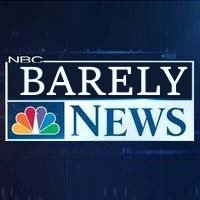 “There are more than 7,000 [charter schools] nationwide. They’re often meant to give opportunities to traditionally disadvantaged kids,” NBC “Nightly News with Lester Holt” guest host Kate Snow said. “But a new investigation finds hundreds of public charter schools are disproportionately white compared with other schools in the same district.”

“Are you suggesting there might’ve been some deliberate effort to prevent your children from attending that school?” Ellis asked Greene County mother Sandra Lawson, whose children attended a school with lower academic standards.

“Or children like my children, African-American children,” Lawson responded.

Ellis says that 73 percent of students at the Lake Oconee Academy are white, while Greene County High School’s student body is only 17 percent white.

“This is a public school using public funding,” The Hechinger Report staff writer Emmanuel Felton told NBC News. “But by its very design, would not serve most of this community.”

“We have taken meaningful steps to focus our outreach and enrollment efforts on families that are traditionally considered economically disadvantaged,” the school said.

Center for Education Reform founder Jeanne Allen suggested that NBC News based its report on a study conducted by The Hechinger Report, an organization she claimed was biased against charter schools in a press release obtained by The Daily Caller News Foundation.

“There is no balance in any piece which starts with the premise that the very reform that created opportunities for millions of children who were failed by the traditional system, and which serve a higher percentage of at risk and minority children, is creating racial imbalance,” Allen said.

“The other public schools in the district were failing, and developers wanted to offer a better school to the community,” she said. “The district was opposed to the creation of the school. And while the boundary no longer exists around that school, local leaders have still fanned the flames of bigotry that Hechinger seized to market the sizzling story to its media partner NBC.”

Support Conservative Daily News with a small donation via Paypal or credit card that will go towards supporting the news and commentary you've come to appreciate.
Tags
Charter Schools