The law of quantum physics says you can’t go back in time, but for people like me who grew up in the 60’s the Happy Together Tour is the next best thing. The tour consists of such great 60’s artists as The Cowsills, Mark Lindsey of Paul Revere and the Raiders, Gary Pucket of the Union Gap, The Association, Chuck Negron of Three Dog Night and Flo and Eddie (Mark Volman and Howard Kaylan) of the Turtles. They were all backed by a four piece band of outstanding musicians consisting of bass guitar, lead guitar, drums and keyboards. All of these artists are in their late 60’s and early 70’s and look and sound great and each did all of their hits to standing ovations and great applause by the audience at Englewood Performing Arts Center in Englewood, N.J. If music keeps you young then play on. The bands performed to flashing ,swirling 60’s designs on screens in back of them along with films of them then so you could compare them then and now. Very interesting  concept.  This is the fifth year in a row I’ve seen the tour and it never fails to disappoint.

Leading off was The Cowsills consisting of two brothers and a sister. They used to be seven members and influenced The Partridge Family TV show in the 60’s. There are now only three performing (two brothers and their sister) and one brother is touring with the Beach Boys. They lost their mother to emphysema and one brother drowned in Hurricane Katrina in New Orleans and another brother died of cancer. They are still a rousing energetic fun group kidding around with each other and jumping around on stage as they do all their hits;”The Rain, The Park and Other Things,” “We Can Fly” “Hair” and” “Indian Lake.” The audience cheered them on and they sound exactly like they always did.

Following The Cowsills was Mark Lindsey of Paul Revere and the Raiders fame. They began to dress in Revolutionary War-style outfits. Mark Lindsay carried the theme a bit further by growing his hair out and pulling it back into a ponytail, which became his signature look.Mark came out in a silvery shiny jacket and dark pants he later changed into his Revolutionary War Jacket as he got the audience cheering and singing along to his hits “Indian Reservation”  “Arizona”  “Cherokee People “ and “Kicks.”

Following Mark Lindsey  “The Association” came out and they were stupendous making jokes about how they couldn’t believe they were doing this for 53 years now.  Originally consisting of six members today they consist of Jim Yester, lead singer, Keith Moret, bass player and Jules Alexander lead guitar and singer and song writer. Jim Yester introduced bass player Keith Moret as their newest member being with them since 1972. They did their hit songs “Windy” “Never My Love” “Cherish” and “Along Comes Mary ”so beautifully and note for note perfect that brought back sweet memories for me. Jim Yester explained that when they first released “Along Comes Mary” many stations wouldn’t play it because they said it was too controversial, “Have you heard what they play on the radio today?” Yester asked. ”I thought Ho was Don’s last name,” Moret, who is from Hawaii, said to laughs from the audience.

Next was Gary Puckett formerly of the Union Gap. Gary came out in his Civil War jacket and got the audience rocking to his hits “Lady Will Power”  “Over You”  “Woman Woman” and “Young Girl” which he got the audience singing accapella on during the chorus part.

Next was Chuck Negron formerly of Three Dog Night. I always enjoy seeing Chuck as he is a riot in his comments and really wails out the songs. Chuck described when he and the band would ride around in a station wagon. He said people today probably don’t know what a station wagon is. “That’s  a car where eight guys can fart all at once,” to which the audience roared with laughter. Chuck then went into his hits “one”  “Mama Told Me Not to Come”  “Eli’s Coming” which he really wailed out and “Joy to the World.” When he was about to do Joy to the World he said the band didn’t want to do it at first because they thought a song about a frog was too silly, but he said, “the frog gets high so that’s a little cool.” Chuck said he has seven grand kids and four of them sing the song in their choir. Chuck is 76 years old.

Lastly came The Turtles featuring Flo and Eddie (Mark Volman and Howard kaylan).I’ve always enjoyed seeing them as they are usually funny and very good in singing their songs and getting the audience involved, but tonite something strange happened and it wasn’t the same as the act leaned towards the depressing.

As soon as he came out Mark Volman said, “This has been a lovely concert up until this point.” As the audience sat in silence Mark said Howard could not be with them tonite since he has suffered very bad heath issues with extreme heart problems and the doctor didn’t want him touring so instead they had Ron Dante of the group The Archies taking his place. As Mark spoke he was breathing heavy and apologized saying he felt like he was going to have a heart attack. I knew it wasn’t nerves from being on stage as they’ve been doing this act for 50 years now and always very lively. I sensed something was wrong. Maybe it was because of his partner Howard being out. Later mark announced he had a bout with cancer. When I saw them two years ago Howard announced that Mark had a bout with tongue cancer, but was cancer free now.

They did their songs “You Baby”  “It Ain’t Me Babe” “Elenore” and the audience appreciated it. Ron did his Archies song “Sugar Sugar” while a cartoon version of the comic book characters from the Archie TV series danced to the song on the screen while he sang and played which was cute.  When it came time to introduce the band which were all fantastic Mark seemed to forget some of their names and seemed to make it look like he was joking. He even went to Ron and said ‘What’s your last name again?” to which the audience laughed. I didn’t know if this was intentional since these old time performers often humorously make age jokes or if Mark was having memory issues. They ended their performance with their classic song “She’d Rather Be With Me” getting the audience singing and clapping along.

Overall it was an excellent concert and they are appearing in 47 states. If they come near you be sure to check them out.

Check out these great videos of The Cowsills from 2017 and the finale from the Happy Together Tour from 2017: 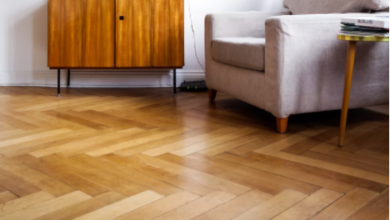