Like many before me, coming out gay was easier than coming out conservative. For many years, I pushed my faith away because of hostility from the regressive left and social norms of the LGBT community; it simply was not acceptable for me to be gay and Christian — or so I thought.

The truth is, after some maturation and self-realization, I got over the fear of being ostracized and broke the chains of the hypocrites that preach acceptance but ultimately opted for hatred and discrimination.

In oder to gain some insights on the topic of gay Christians and where they belong, I challenged myself to look outside the progressive Northeast — where I am from — which tends to be extremely gay-friendly across the board from politics to religion to sports and nightlife.

The regressive left has driven a stake right through the heart of Judeo-Christian organized religion, turning gay Christians into straw dogs. The age-old argument the left tries to use against me and my friends is that ‘real Christians’ do not recognize homosexuality as an acceptable lifestyle, or more simply put: Christians hate gays.

When that message goes unchallenged, it evolves with the regressive left’s many anti-Christian, anti-Semitic narratives that are among the worst of their blatant lies.

“Many years ago I believed the same, [that gay Christians don’t exist], but we DO and we are plentiful,” said James Hartman, a lay preacher with the Metropolitan Community Churches in New Orleans and Baton Rouge. “So many believers have be alienated by biases that are NOT supported in Scripture, particularly not in Christ’s teachings.”

In direct conflict with Hartman’s claim that anti-gay biases are not supported in the Bible and Gospel, there are a number of verses that are undeniably just that; among them most widely cited by regressive leftists looking to sow doubt in gay Christians’ faith are Romans 1:27 and Leviticus 18:22.

But Hartman makes an important point:

“True Christians do not hate [gays or gay Christians] — or anyone else,” Hartman added. “Those who say they do have read only parts of the Bible and the Gospel that support their own prejudices.”

Seeking more guidance on the topic, I got in touch with Marie Fang, PsyD, a licensed psychologist with Life Christian Counseling. Fang specializes in gender and sexuality, and is ‘LGBTQ+ affirming.’

‘LGBTQ+ affirming’ means individuals from across the LGBTQ spectrum are welcome in Fang’s office with no pretense of judgement. Fang drove home the fact that she is not a proponent of conversion therapy or anything that may resemble it — something the left jumped all over in their efforts to tear down Vice President Pence.

According to Fang, there are many therapists — especially Christian therapists — that practice conversion therapy ‘in the closet’ of psychotherapy, as conversion [therapy is currently illegal].

Perhaps I am too young to have experienced anything of that sort, or my geographic location plays a major role, but the truth is that in my seven years of living as a gay man, I have not met a single other gay man or woman that has experienced any form of conversion therapy.

The only somewhat negative thing anyone has ever been able to describe from their own personal experience was a Baptist church prayer session in which a few matrons of one specific church held hands and prayed aloud for this individual, asking Christ for guidance.

Perhaps when I was younger I would have flipped out over that situation, jumped on a plane with Sharpies and pasteboard and protested outside the church. But when I heard it, I was immediately thankful for these matrons who clearly love the man they were praying for.

Based on the story this young man told me, there was no ask of Christ to convert him, there was no bigotry or hatred described to me; the story was simple: Christian women cared about the well being of a young man struggling with his sexuality and self-acceptance. To me, that’s a beautiful thing.

A Shift Toward LGBTQ+ Affirming Churches

While I personally have never known of a church that does not accept LGBT members, I do not doubt that they exist in more conservative areas than where I am from. But I do see a trend of more churches proudly advocating LGBT individuals and more gay Christians standing up to leftist bullies and speaking up about their faith.

Perhaps the most simple way to know if a house of worship is LGBT affirming is to look for a rainbow flag or symbol on display on the exterior walls. Often language is included on church websites, and the phone remains the tried and true method of getting questions answered — it’s never hard to get a preacher on the horn.

But something worth noting is that LGBTQ+ affirming ministries are not one size fits all.

“‘LGBTQ welcoming’ ministries may allow [these individuals] to attend service, but may limit their freedom to participate within certain levels of leadership, and may not be willing to officiate same-sex weddings,” said Fang. “Churches sometimes use the phrasing ‘welcoming but not affirming’ to make this stance clear.”

Whether or not the regressive left will learn to live with the fact that gay Christians aren’t going to back down has yet to be seen.

“The far left is as divisive as the far right. As a gay Republican [and] Christian, I am especially damned by the left, even more than by the right,” Hartman told me. “It’s annoying. It’s infuriating. We want the same things, but differ on how we achieve them. History will judge, and I strive to be on the right side of it.”

If there’s one thing I want my readers to take away from this piece it’s that each of us — gay, straight or anything in between — is in charge of our own faith, and we are responsible for maintaining the relationship with the god of our understanding.

A well-known Christian musician and author once said: 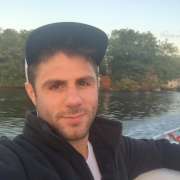