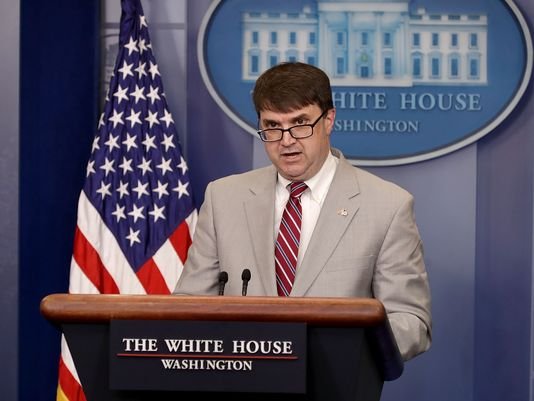 Trump told reporters about the nomination during remarks at the summit on prison reform but Trump said that he had not yet informed Wilkie – who was in the room at the time.

“Joining us today are several members of my Cabinet who are working diligently on this issue: Attorney General Sessions, Secretary Zinke, Secretary Acosta, Secretary Perry, Secretary DeVos, and Acting Secretary Wilkie, who, by the way, has done an incredible job at the VA, and I’ll be informing him in a little while — he doesnt know this yet — that we’re going to be putting his name up for nomination to be Secretary of the Veterans Administration,” the president said.

Wilkie is the president’s second nominee for the spot vacated by David Shulkin who was fired in March. The previous nominee, Ronny Jackson, withdrew from the nomination as unfounded allegations were heaped upon him by the mainstream media and Democrats.

Wilkie has been in the spotlight lately as he held a White House press briefing Thursday alongside Press Secretary Sarah Sanders where he received the president’s first quarter salary for use at the VA.

Support Conservative Daily News with a small donation via Paypal or credit card that will go towards supporting the news and commentary you've come to appreciate.
Tags
Robert Wilkie the Department of Veterans Affairs Trump Administration