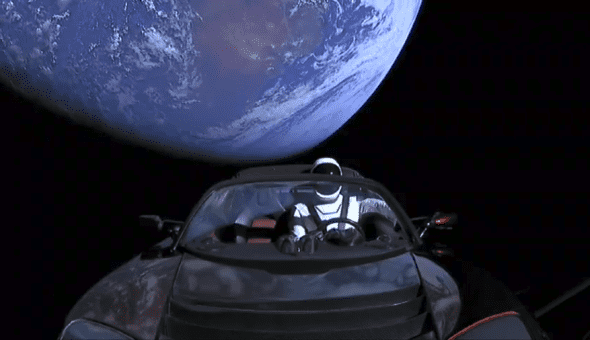 update: SpaceX has shut down the live stream likely due to reception issues as the Tesla continues on its journey away from Earth. The 4.5-hour video captured during the live stream is included below.

The launch was delayed due to upper-level wind shear, but once winds fell within tolerances, the countdown completed without any issues. Just about 3:30 p.m. EST the Falcon Heavy’s 27 Merlin 1-D engines lit off and propelled the most powerful rocket in operation towards the heavens.

The two Falcon 9 side-boosters separated 2 minutes and 34 seconds into the flight and returned to Kennedy Space Center for a picture perfect synchronous landing at their adjacent pads. 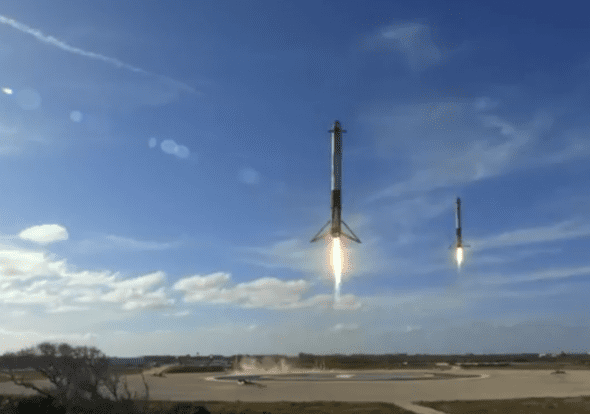 The center first-stage booster also returned to Earth once the second-stage separated and began its parking orbit burn, but due to signal loss, it’s not yet known if it successfully landed on the drone vessel “Of Course I Still Love You” that was waiting for it in the Atlantic Ocean.

The Second Stage is continuing through the Van Allen Radiation belt and if all continues to go well, Elon Musk’s Tesla Roadster is on its way to a trans-Mars injection orbit.

Video of Tesla Roadster in Space

Video of the Falcon Heavy Launch

Support Conservative Daily News with a small donation via Paypal or credit card that will go towards supporting the news and commentary you've come to appreciate.
Tags
Elon Musk Falcon Heavy Rockets SpaceX