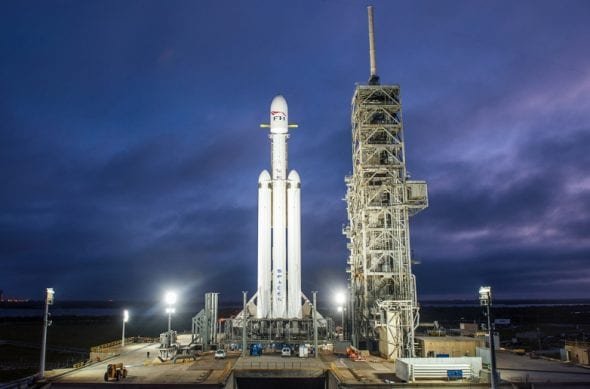 Update: Tuesday’s static fire test was canceled, but more wet dress rehearsals, where the rocket is loaded with fuel but the engines are not lit, are expected. The static fire test was rescheduled to Wednesday, then Thursday then Friday when it was pushed off to Saturday due to a rescheduled ULA rocket launch. The government shutdown canceled Monday’s test. The static fire test is now tentatively set Tuesday with a six-hour window beginning at 4:45 p.m. EST. This post was originally published on January 15 and is updated as events warrant.

SpaceX will be one step closer to launching the Falcon Heavy, a spacecraft it says is the most powerful on Earth, when the company lights the Heavy’s engines in a test on , Tuesday afternoon.

The Falcon Heavy is made up of three Falcon 9 cores strapped together, with the central core beefed up to handle the loads. The ship has 27 Merlin 1D engines working together to produce as much thrust as 18 Boeing 747’s and it can lift 140,000 pounds of cargo into space. 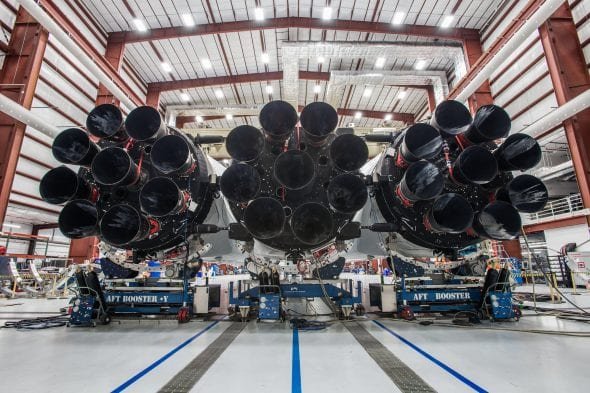 The test was originally scheduled for last Thursday, but was delayed to Friday, then Monday and now Tuesday at 4 p.m. EST. No reasons were given for any of the delays and SpaceX chief Elon Musk has worked to set expectations low.

“At first, it sounds really easy: Just stick two first stages on as strap-on boosters. How hard can that be?” Musk said. “But then everything changes. All the loads change, aerodynamics change, you’ve tripled the vibration and acoustics… We had to redesign the whole center-core airframe. It’s not like the Falcon 9, because it’s got to take so much load.”

Musk later added that a failure, crash or explosion is likely and that he hoped it happened far enough from the launch pad as not to cause any damage.

“Will have double thrust of next largest rocket,” Musk tweeted. “Guaranteed to be exciting, one way or another.”

The Falcon Heavy is currently scheduled to launch at the end of January.

Support Conservative Daily News with a small donation via Paypal or credit card that will go towards supporting the news and commentary you've come to appreciate.
Tags
Falcon Heavy Rockets SpaceX