Ever since Trump became president liberals have been showing their true colors and hypocrisy more than usual. At the recent golden globe awards, they said they would wear black to show their support against sexual harassment. The women all dressed in black dresses many with slits up the side to their rear ends and busting out cleavage and posed in sexy  “come get me” poses all while protesting sexual harassment. They loved it too. Hypocrites.

Hollywood celebrities and Resistance activists are set to attend a “People’s State of the Union” on Monday night as a form of counter-programming to President Donald Trump’s first State of the Union on Tuesday.

Stars including Mark Ruffalo, Michael Moore, Whoopi Goldberg, Cynthia Nixon, Rosie Perez, Wanda Sykes and Zoe Kravitz will all reportedly be in attendance at Monday’s rally, which will be held in New York City, according to People.

The event will reportedly be hosted by left-wing advocacy organizations United We Stand, MoveOn.org, and Stand Up America, as well as representatives from Planned Parenthood, Women’s March, and United We Dream. More hypocrites. The usual gang of ignorant Marxist fools who hate America.

On Monday, the singer took to Twitter to express her sentiments about Sander’s style and shamed her for her everyday wear. Cher’s tweet read, “Would someone please tell Sarah Huckabee Sanders to stop dressing like a sister wife.”

The singer illustrated her tweet with an image of two women in stereotypical clothing. In the photo the women also sport braids, plain lace-up shoes and high-neck dresses with long sleeves and puffy shoulders.

Hey Cher Sarah has more class, real beauty and taste than you have in her little pinky! Cher, Sarah doesn’t dress like that. She dresses in a very classy, but professional style and wears a pearl necklace all the time. Something you obviously don’t know about. Do you expect her to dress like you do in trashy  see through barley there outfits, garters and stockings, fake wigs and six inch stiletto heels like the type of street walker trash you wear?

I’ve seen Cher without make-up too and she is one homely woman.

House Minority Leader Nancy Pelosi (D., Calif.), who often rails against income inequality and calls on the wealthy to pay its “fair share” in taxes, took pains in late December to try to preserve tax breaks for two of her multi-million-dollar homes one last time before the new tax law kicked in.

Largely thanks to her husband Paul, a real-estate and venture-capital investor, Pelosi is the wealthiest woman in Congress with a net worth of more than $100 million and the seventh wealthiest member overall, according to the Center for Responsive Politics.

In fact, assets and cash disclosed in her 2016 financial-disclosure statement places Pelosi in the top one-tenth of the 1 percent of Americans.

The mainstream media are the biggest hypocrites of all. For a whole year now the destroy Trump media has been concentrating on this fake Russian dossier and fake Russian collusion story about Trump  while ignoring their precious Hillary selling 20% of our uranium that we import to Russia for nukes, selling weapons to terrorists for her foundation when she was Sec.of State and committing felonies and crimes with her e-mails and obstruction of justice. They don’t cover any of that because it doesn’t fit in with their narrative and agenda. Hypocrites galore.

As Sonny and Cher once sang,  “And the beat goes on.” 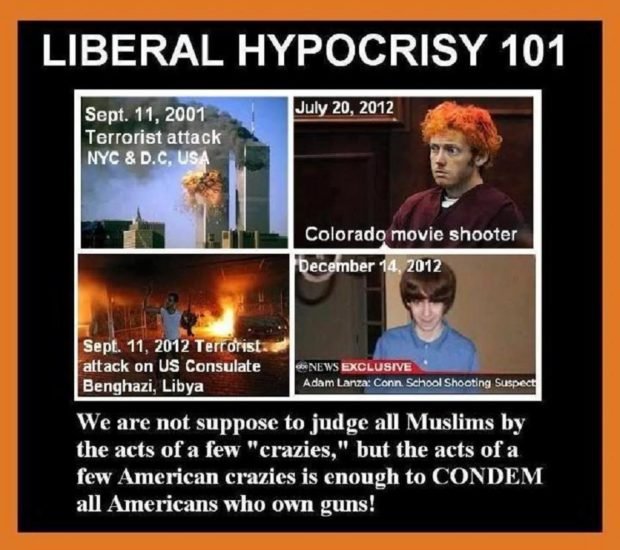