History has been made yet again, with one of the largest tax cuts in the nation’s history. Every tranche of taxpayer, even non-taxed citizens, stand to benefit from the landmark legislation passed by congress this week. Yet, in spite of the universal benefits to taxpayers and economic growth potential deriving from it, there was not one Democrat legislator who voted for it. What on earth has happened to the Democrat Party?

Just over 50 years ago, a young, energetic Democrat President knew the laws of economics. John F. Kennedy belonged to a party that genuinely tried to do what was right for the country as a whole, where laws of economics were understood and were not maligned by one-liner mendacity, like “tax cuts for the rich.” Granted, it was also an era when the media sought to report, rather than shape or influence public opinion based on ideological alignment. 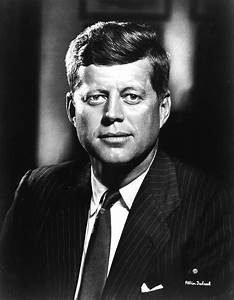 Unlike many of his fellow alumni from Harvard, especially our last president, John Fitzerald Kennedy understood economics. Shortly after he was sworn in, the President said, “Lower rates of taxation will stimulate economic activity and so raise the levels of personal and corporate income as to yield within a few years an increased — not a reduced — flow of revenues to the federal government.” He was the first supply-side president, and understood that the key to economic growth is to free up capital for private investment that creates jobs, makes and sells things, and increases the standard of living for the entire country. After all, he had history on his side, and it had worked for nearly 200 years.

“Our tax system still siphons out of the private economy too large a share of personal and business purchasing power and reduces the incentive for risk, investment and effort — thereby aborting our recoveries and stifling our national growth rate,” he said.

And on another occasion, “It is a paradoxical truth that tax rates are too high today and tax revenues are too low and the soundest way to raise the revenues in the long run is to cut the rates now… And the reason is that only full employment can balance the budget, and tax reduction can pave the way to that employment. The purpose of cutting taxes now is not to incur a budget deficit, but to achieve the more prosperous, expanding economy, which can bring a budget surplus.”

He not only understood real-world economics, but he understood the proper role of government in a free society, as America was founded to be. He said to the New York Economic Club in December, the year before he died, “The federal government’s most useful role is not to rush into a program of excessive increases in public expenditures, but to expand the incentives and opportunities for private expenditures.”

In other words, the role of government is to foster a climate that is conducive to economic growth, rather than creating government programs – expenditures, as he referred to them – which siphon the lifeblood out of a free economy. JFK was a Reaganite, economically speaking, before Reaganites even existed. 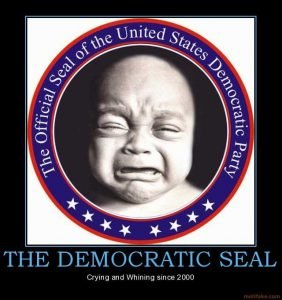 Today’s Democrat Party is most certainly not a “democratic” party, or a “party of the people.” It’s a party that creates and preys on victimhood. Those who are convinced they are victims of any type, even institutions from centuries ago, are the natural prey of today’s Democrat Party. And those who may not feel to be victims, can still be targeted, and convinced that they are victims, by the emotion-laced, illogical diatribes of Democrat demagogues.

Remarkably, he was most harangued for his reference to the 47%. Since that was the focus, clearly his premise was correct. For the “victims” of society, whether real or imagined, are those courted and pandered to by the DNC.

One pundit at the time opined that what Mitt should have said, was, “The Democrat Party has become the party of victims. It is the party of those who stoke the embers of their own victimhood. It is a party that needs victims, even creating new ones when the old ones are no longer victims, and making victims of those who clearly are not.”

The tax reform legislation provided a perfect case in point. Democrat leaders demonized the “wealthy” even though they already pay over 90% of the nation’s taxes, attempting yet again to make the “middle class” a victim-class. They misrepresent, mischaracterize, and outright lie about a proposed piece of legislation that will benefit so many. It’s impossible to even have an honest, genuine debate about the merits of a bill with them when they emotionalize everything with trite one-liners, and strip their arguments with any semblance of logic and fact. 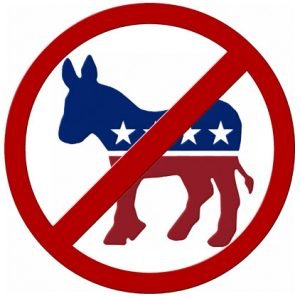 There was not a single Democrat out of 242 in the House and the Senate combined, who was willing to have a backbone to do what was right for the country as a whole, and so many of their constituents. They thereby have proven they’re little more than lemmings to party leadership, who are the masters of playing the victimhood card.

It’s a sad commentary on our state of political affairs in the country when one of the two major parties can no longer engage in the process of governance to improve the lives of our fellow Americans. Instead, they serve as the new “masters” to the supposed aggrieved, with nary a thought of how their pandering vitiates their oath to “preserve and protect” the Constitution, and the rights it guarantees our citizens. They obviously have no interest in doing what is right for the nation, but only in advancing their agenda by creating and fostering victimhood. The most salient question is, should the Party that has negligible interest in doing what’s best for the country ever be granted control over any branch of government again?

Support Conservative Daily News with a small donation via Paypal or credit card that will go towards supporting the news and commentary you've come to appreciate.
Tags
Democrats tax reform