When it comes to their Thanksgiving pies, Americans are staunch traditionalists according to an annual survey published Monday.

The Delta Dental  Thanksgiving Pie survey has tracked this key facet of America’s sweet tooth for the last three years and the number one spot should be no surprise. Pumpkin pie reigns supreme with 36 percent of American adults saying it’s their favorite (beating out the next pie in line by more than double). The Thanksgiving go-to pie finds the heaviest favoritism among Baby Boomers (41 percent) and, while it still tops with the group, finds the lowest support among Gen-Xers (28 percent). 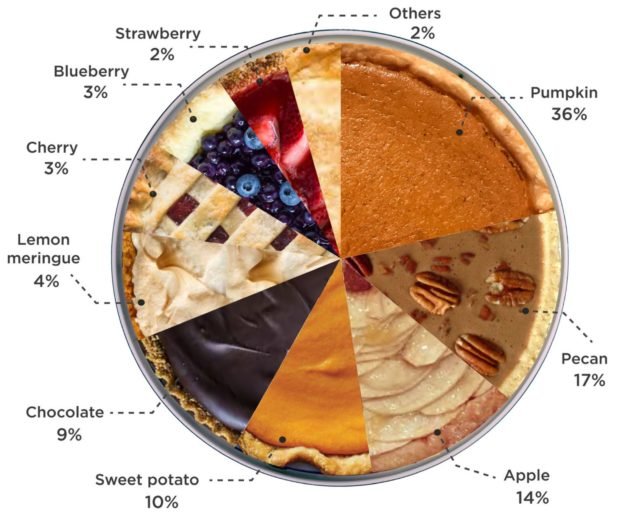 Regionally, pumpkin pie sees the most popularity in the West (44 percent) and the least in the South (31 percent). Its preference percentage rating has varied only slightly since Delta Dental began tracking Thanksgiving pie favorability (2016: 36 percent and 2015: 37 percent).  Nonparents (37 percent) report liking the pie a full five percentage points higher than parents (32 percent).

“Whatever favorite pie(s) you indulge in this Thanksgiving, remember to take the time to brush and floss away the sugary remnants. A healthy smile is something to be thankful for too,” said Bill Kohn, DDS, Delta Dental Plans Association’s vice president of dental science and policy.

Support Conservative Daily News with a small donation via Paypal or credit card that will go towards supporting the news and commentary you've come to appreciate.
Tags
pies Thanksgiving