Update 11/17/17: The launch will be rescheduled for some future date.

Update 11/16/17: SpaceX has scrubbed Thursday night’s launch while they review the results of a fairing test. There are backup launch windows Friday at 8 p.m. EST and Saturday at 1 p.m. EST but a go decision has not yet been made for either window.

Update 11/17/17: The mission has been postponed to an unspecified date after the initial review of fairing data. We will update once a new launch date/time has been announced.

The privately-owned space transportation firm SpaceX will launch an orbital payload Thursday, but no one is saying who owns the satellite or what it will do. 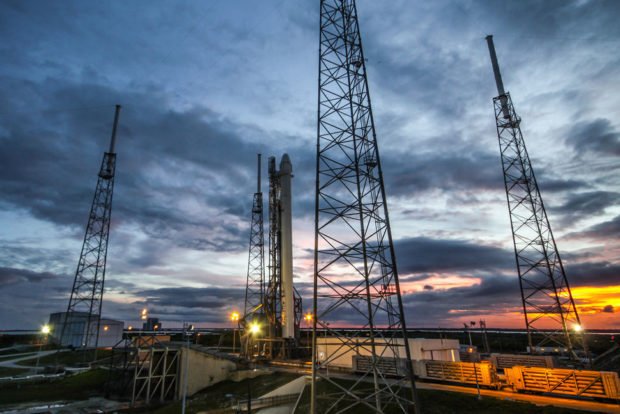 Named “Zuma”, the mission procured by Northrop Grumman will use a Falcon 9 rocket to put the satellite into low Earth orbit about 1,200 miles above the surface. The launch is scheduled for 8 p.m. EST Wednesday from Cape Canaveral, Florida.

Grumman, an American military and defense contractor, has confirmed that the U.S. government asked it to put together the launch, but little is known about the payload.

“Northrop Grumman is proud to be a part of the Zuma launch,” said Lon Rains, communications director for Northrop Grumman’s space division. “This event represents a cost-effective approach to space access for government missions.

The National Reconnaissance Office (NRO) – the government office responsible for operating spy satellites –  would typically state when a satellite is theirs but will keep details of the mission secret. Zuma is different – no one is claiming it.

Meteorologists give the launch an 80% chance of experiencing favorable weather.

After launch, the Falcon 9 first stage will return Cape Canaveral and land at “landing zone – 1.”