A recent story in the New York Post titled “Everything you know about police shootings is wrong” By Joseph Loughlin and Kate Flora, explains how the trained eye sees things differently than the average citizen. What looks like police brutality to the average citizen, may be lawful and justified in the eyes of the law.

Here is a portion of the article:

Hands up, don’t shoot? Police officers are trained — training that is quickly reinforced by the realities of the job — to be cautious of the subject with hands in the air. What may look like surrender to an untrained observer is frequently a ploy to lure the officer close enough for an attack. Or, when gunshots are exchanged, what looks like surrender may be the involuntary response of a subject who has been shot.

Why not just wound? In the world of policing, officers shoot not to kill and not to wound but to stop the threat. That threat is rarely stopped by a single bullet. Rarely, except in the world of fiction, does a single bullet knock someone down. Tamerlan Tsarnaev, one of the Boston Marathon bombers, had been shot nine times, several of those wounds fatal, and he continued to toss bombs and shoot at the Watertown police. A person who has been knocked down remains a threat. Those who would have the officer “just shoot him in the knee” miss an important fact. Even assuming the officer can successfully hit that small, moving target, the subject still has both hands free to continue shooting.

As for shooting that weapon out of a subject’s hands? Many shooting events are sudden, surprising and evolve in seconds. In those seconds, while the subject has a weapon out and is shooting, the responding officer has to form the intention to respond, draw the weapon, ascertain that there are no innocents in the line of fire and then return fire — often while being fired upon. Those subjects are often fueled by drugs, rage, adrenaline and mental illness. Individuals do not stand there and present themselves like a silhouette. A twisting, turning, violent human being makes it impossible to just shoot someone in the leg or arm.

As for the assertion that an unarmed person isn’t dangerous? ‘Unarmed’ doesn’t have the same meaning to a police officer. Nearly 40,000 police officers were assaulted in 2015 with hands, fists or feet. More than 3,000 people are killed every year by unarmed assailants. Eleven percent of all officers murdered in the line of duty from 2013 to 2015 were killed by unarmed persons. And far too often overlooked? In every encounter with a police officer, unarmed simply doesn’t apply — the officer’s gun is always available.

Let’s bring the facts into clear focus to create better understandings nationwide about the police and the realities they face, often in impossible situations. Before jumping to conclusions about a deadly force incident, consider the police officers’ reality and their perspective.

Unfortunately, we live in a time where a cop is always portrayed as the criminal and the criminal is the victim. An upside down society goes on. 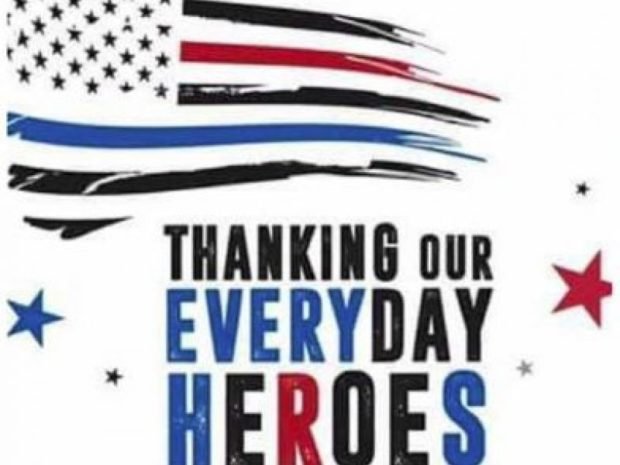