Google announced a slew of new gadgets and capabilities at its event in San Francisco on Wednesday and while a some are yawn-worthy, many are absolutely amazing (read to the end for “amazing”.)

The event began with advances in artificial intelligence and machine learning, shared updates on existing products and announced some brand new products.

The event was heavily focused on Google’s combination of AI and hardware. Pixel will use the technology to improve photos and videos while Google Wi-Fi will use AI to intelligently connect users to the best Wi-Fi source as they move through their homes and all Google devices feature voice technology that lets users talk to it without “talking like a robot.”

Their voice recognition technology “Voice Match” allows Google devices to respond to requests according to the who the requestor is – it knows who you are and what kinds of information is helpful based on who you are. 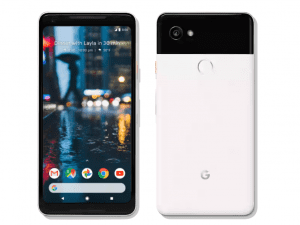 Pixel 2 ($649), Google’s update to their signature smartphone line, will come in three colors: white, black and blue although it’s not clear why the bruise colors were chosen. The phone has a 5″ AMOLED display, speakers that face the user and an “active edge” allowing users to activate apps and features by squeezing the device. The Pixel 2 XL ($849) features a 12.2-megapixel rear camera that received the highest ever given DXO mark of 98, a selfie-ish front-facing camera, slim bezels, water resistance and a larger 6″ AMOLED screen. Pixel 2’s portrait mode works from the front or rear camera and doesn’t need two cameras to achieve the blurred effect. You’ll just have to watch the video to see how cool the augmented reality “stickers” function is. Selfies will never be the same.

Google then announced an update to its Google Daydream View ($99), its virtual reality headset that works with the Pixel smartphones. The updated headset features new colors, lenses and fabrics and a slew of new content including 250+ VR titles. 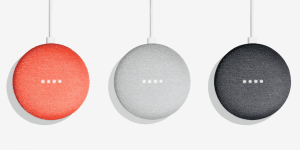 Google also announced the Google Home Mini, “the smallest member of the Google home family. The device is similar to Amazon’s Echo Dot except that it’s covered in fabric giving it a less gadgety feel and perhaps allowing it to fit in with decor a bit better. The Google Mini ($49) has 360 sound capability or you can wirelessly connect it to a Chromecast speaker for larger sound. It can also be used as an alarm clock, voice remote, white noise generator or a “sous chef in the kitchen.”

The next few features at the conference weren’t  devices, it was a capability called “Smart Home” which includes “routines” which competes with Amazon’s Echo that also added this capability to create a series of tasks based on a single command into its echo line of devices. By saying “good morning” the Google home could read out your schedule, tell you the weather and play your favorite playlist while turning the heat up, the bedroom and bathroom lights on and kicking the coffee maker into gear. Smart Home can talk to over 1000 brands of smart home devices including thermostats, appliances, lights and security devices.

After an interesting NEST technology ‘internet of everything’ sales schpiel, Google announced an AI improvement for families with kids. Games, learning and better voice recognition for the way kids speak and want to interact.

Then came Google Home Max ($399) with Smart Sound, their biggest and best sounding Google Home device ever. It includes two woofers and two tweeters that can fill the just about any room as it uses machine learning to figure out where the speaker is placed and re-tune the speaker to match the space in which it’s placed. It can play internet streaming music, receive tunes from Bluetooth or plugin aux sources while still able to deliver the Google Home assistant features. 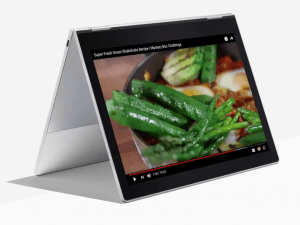 Next up was Google’s Pixelbook (starting at $999) – the thinnest and lightest laptop Google has ever made. Only 10mm thick and just 1 kilogram of weight. The combination tablet and laptop feature a 12.3″ touch display and backlit soft touch keyboard. The device can be bought with either an Intel I5 or I7 core processor, up to 512GB of SSD storage and up to 16GB of RAM allowing the consumer to configure it for price friendliness or raw power. Quick charging, 10-hour battery life and “instant tethering” through a Pixel phone for wi-fi. The Pixelbook also features Google Assistant so users can control their homes or do anything they can do from their Google Home devices. Probably the coolest new feature was the Pixelbook Pen ($99) which allows the user to circle anything on the screen and Google Assistant will find more information on the image or text and serve it to them. It can also be used to write or draw on the Pixelbook’s screen. All of the apps available on Android smartphones will work on Pixelbook.

One feature that I, and perhaps only I, found amazing came when Google introduced Pixel Buds, their wireless earbuds for the Pixel Smartphone. Sure, their wireless and sound great, but so do a lot of Bluetooth earbuds. And yes, they allow the wearer to interact with Google Assistant by voice. But, they also, live on stage, translated one language into another AND BACK (1:34:14 in the video above)… in real time. As someone who loves to travel, this feature immediately created a wow moment. Imagine needing to communicate with anyone in a foreign language and all you have to do is speak through your earbuds and your phone translates it into their language and when they respond, the phone transmits their words, translated into your language into the earbuds. Way cool. Yeah… that might be a game changer for me. (yeah, I know, maybe only me.) It can do this in 40 languages.

Lastly, and perhaps leastly, was Google Clips – a leave-alone camera that takes 7-second video of stuff it thinks you might like. Maybe I’m missing the point, but yeah, I don’t get it. Feel free to explain it to me in the comments below. Heck, even Google knew it had no Wow Factor as they cut short the demo at the end of the reveal. 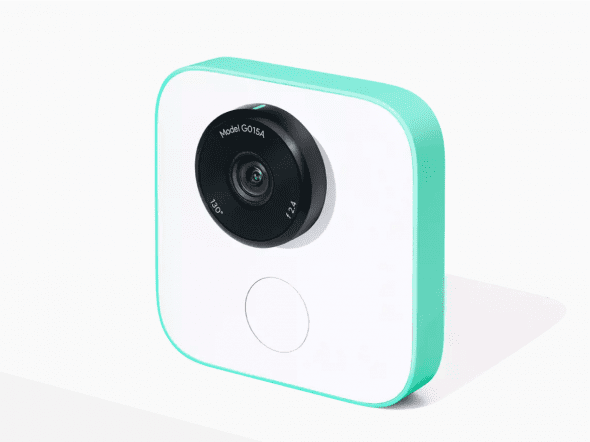