In May of 2016 Donald Trump casually discarded one of his central campaign promises. I thought it was remarkable. While it was traditional for Republican candidates in former campaigns to wait until after their inauguration to break campaign promises, Trump didn’t even wait until he was the nominee.

Trump had repeatedly declared, “By self-funding my campaign, I am not controlled by my donors, special interests or lobbyists. I am only working for the people of the U.S.!” It was a central element in his early appeal.

Jeb Bush may have been making money calls between naps, but Donald Trump couldn’t be bought or rented. 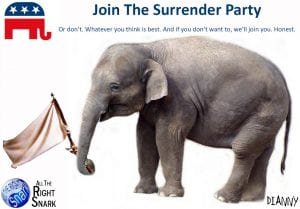 Then poof, it was gone! Trump began soliciting donations from the same contributors he’d been disparaging only a few rallies before. It was so surprising I found myself agreeing with MSNBC which said,” Trump is taking one of the best arguments in support of his candidacy and throwing it out the window.”

Trump didn’t appear to suffer any damage from going back on his word and he saved money to boot, so for him it was win–win. For conservatives this casual discarding of a foundational promise should’ve been an ominous development.

The campaign finance issue was a crowd–pleaser but it didn’t have a direct impact on voters. Most of the people at his rallies weren’t contributors before or after the expiration of his promise, so the brief controversy was tangential.

Trump’s chief attraction to disenchanted voters was built around attitude: Trump wasn’t politically correct and he didn’t give a damn about what elite cultural arbiters thought.

As far as voters were concerned specific issues and their relevance were judged on whether or not the topic fit into the general aura of Trumpismo! For many Deplorables it was personality first — policy second.

But what if it was all attitude and arrogance and the issues that were central to our decision to vote for Trump were just so many applause lines at rallies he’s long forgotten?

Trump has been waffling on “Day One” issues since the end of the campaign. He said he’d move the US embassy from Tel Aviv to Jerusalem. Then he changed his mind. Trump said he would withdraw from the Paris agreement and then went back and forth for weeks on what should have been an easy decision. Trump said it was time to get out of Afghanistan and then decided to buy into the failed nation–building policies of the Bush that got elected.

Those are bad enough, but his seeming decision to go back on one of his bedrock issues and betray his base could make Democrat dreams come true and render Trump a one–term aberration.

During rally after rally Trump promised to “end DACA.” Trump is notoriously sloppy and inexact with language, but I guarantee that not one person in his base interpreted “end DACA” to mean granting illegal aliens the largest amnesty in history.

That appears to be the plan now. Trump tweeted, “Does anybody really want to throw out good, educated and accomplished young people who have jobs, some serving in the military? Really!…..” As someone pointed out, more DACA beneficiaries have enlisted in MS–13 than have joined the military. Trump has owned casinos so he should know when one’s luck runs out, it’s time to go home.

That applies to DACA, too.

Trump has surrounded himself with functionaries whose political advice would have prevented him from winning the nomination, to say nothing of the presidency. Trump appears to have convinced himself that allowing DACA participants to stay in the US without citizenship isn’t amnesty, but for Trumpistas that’s a distinction without a difference.

Before he cratered on DACA Trump made a number of appearances with Angel Moms, mothers who had suffered the death of a child at the hands of an illegal alien. Angel Moms were great props and gave Trump cover when the OpMedia criticized him for his promises to crack down on illegals.

Now the relationship isn’t so heavenly. Angel Mom Sabine Durden told Breitbart, “…the news about DACA receiving amnesty feels like a horrible nightmare and if true, betrayal of the worst kind.”

Mary Ann Mendoza explained, “President Trump needs to stand firm and keep his promises not only to us Angel Moms and Dads but to All Americans.”

Mareen Maloney agreed, “It is reprehensible that President Trump would go back on his campaign promises to the American’s who elected him, especially the Angel parents and families, to make a DACA deal with Democrats.”

Trump once boasted during the campaign, “I could stand in the middle of 5th Avenue and shoot somebody and I wouldn’t lose voters.” Maybe so, but I wonder how many campaign promises he can trash on Pennsylvania Avenue before voters decide they’ve been had?

Support Conservative Daily News with a small donation via Paypal or credit card that will go towards supporting the news and commentary you've come to appreciate.
Tags
amnesty DACA Immigration immigration Jerusalem