Supercomputers are still struggling to nail down the path of Category 5 Hurricane Irma leaving forecasters with multiple possibilities for the storm’s track and intensity as she nears the Florida Straights and the U.S. Southeastern coast. The storm was supposed to begin weakening more than 36 hours ago and has only now dropped to 175 mph.

This post is OUTDATED –  Find  our current Irma coverage HERE.

That national weather service is currently forecasting landfall in southeastern Florida somewhere near the West Palm Beach area with a second landfall close to the Georgia-South Carolina border and the latest computer models show a similar track. 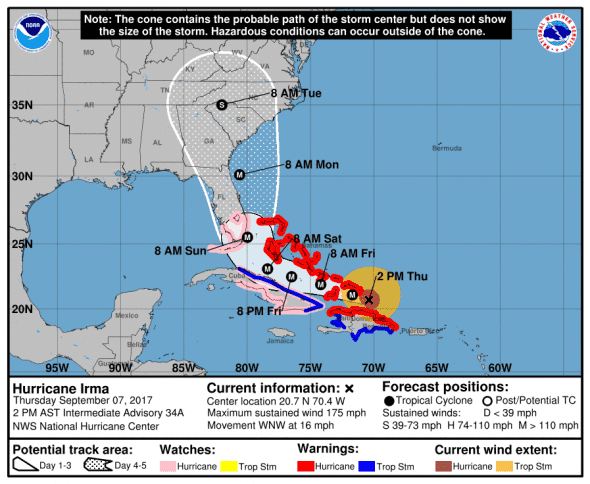 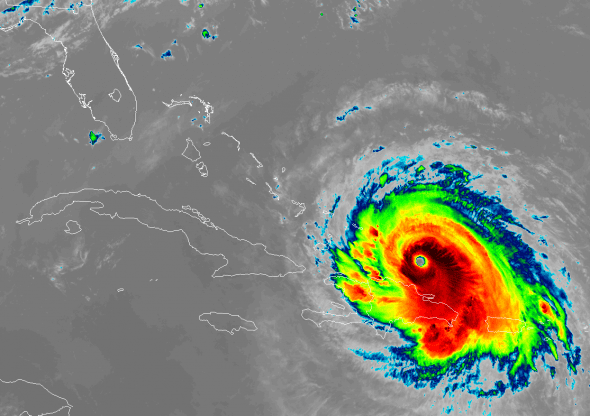 Irma is a very strong category five storm but is expected to weaken to a category four hurricane with 145 mph winds over the next 72 hours as it skirts the Dominican Republic and the Bahamas before approaching Florida. 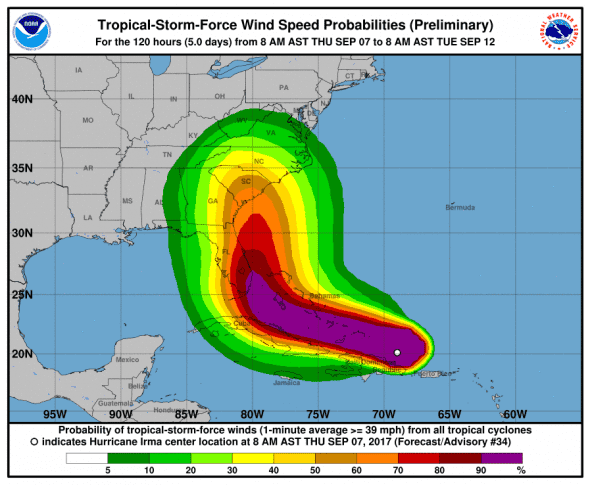 Computer models are widely varied as to Irma’s track through the Florida straights and near Florida. The timing of the storm’s northward turn is uncertain which could lead to a Florida landfall or hold Irma to the east of Florida. Secondarily, a Georgia or South Carolina landfall is almost certain. 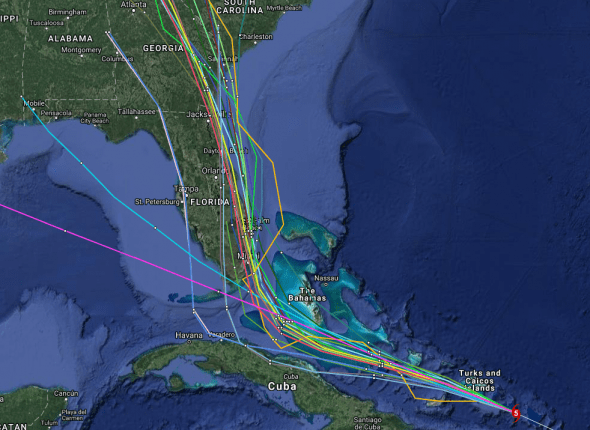 Early cycle model consensus has returned to a track we last saw two days ago where the storm makes landfall south of Miami and travels up the Florida peninsula and into Georgia. 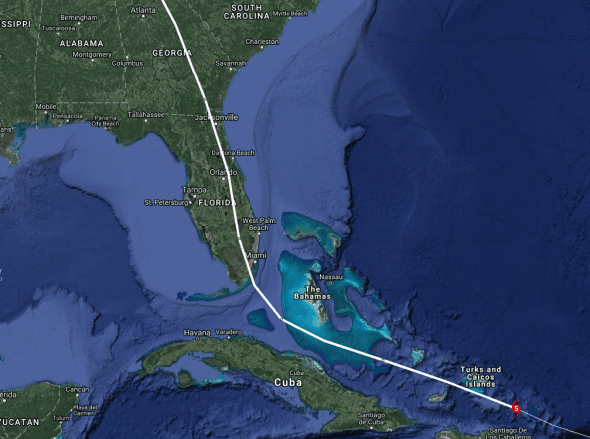 The late cycle model consensus has also moved westward showing a direct hit to Miami and staying on shore across more of southeast Florida than the NWS forecast. 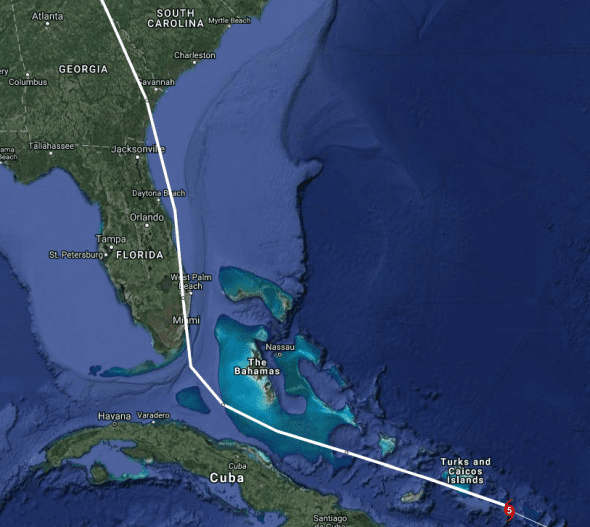 The intensity models are almost all showing a steadily weakening storm as it approaches Florida. 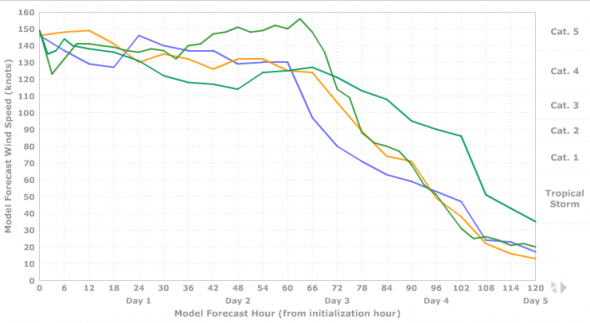 The current U.S. portion of Irma’s track shows a glancing blow near West Palm Beach, Florida and a landfall right on the in Georgia. 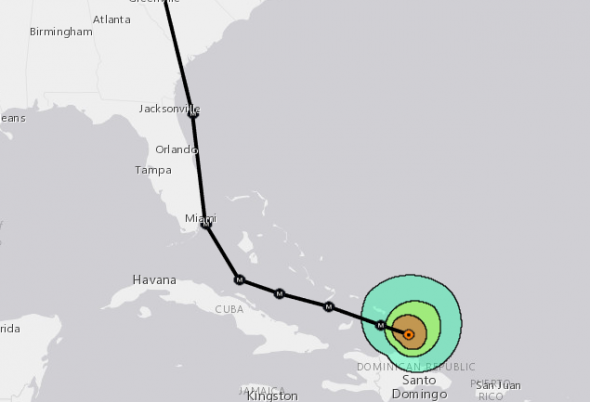 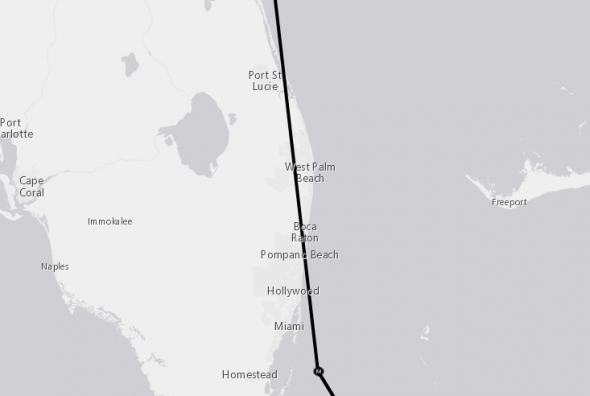 Florida has declared a state of emergency and evacuations are ordered for the Florida Keys and a portion of Broward County. If the forecast continues to show Miami as the landfall location, expect more evacuation orders for southeast Florida.

Broward County Mayor Barbara Sharief said Wednesday that mandatory evacuations have been issued starting at noon Thursday for all residents east of U.S. Route 1, known as Federal Highway, including all barrier islands.

Miami-Dade County is evacuating those with special needs.

Georgia has declared a state of emergency. No evacuation orders are in place. Atlanta area hotels have begun filling up as those in low-lying areas seek shelter.