Maybe I don’t know because, according to social justice warriors, I am a white, racist, bigot, but could someone tell me where the oppression is that’s central to the NFL anthem protests? If they are talking about black people being shot by cops, I have a message to the black leaders out there: discourage gang culture, crime, and disrespect of authority and maybe they won’t get shot by police. When you have a group of people who represent 12% of the population committing over 52% of the crimes in this country, the fault is in the black community.

This is 2017, not 1917, all this kneeling during the National Anthem is a load of crap and accomplishes nothing. Someone is going to have to explain to me how disrespecting our country and our flag are going to stop black men from getting shot? If you ask me the only thing that it does is strike more of a division between blacks and whites.

This country is reaching the breaking point, the Democrats were responsible for the first Civil War and they will be responsible for the one approaching. When we have teachers teaching our children that America is a bad place and every part of American must be wiped clean, America as we know it will not be around long. God help us. 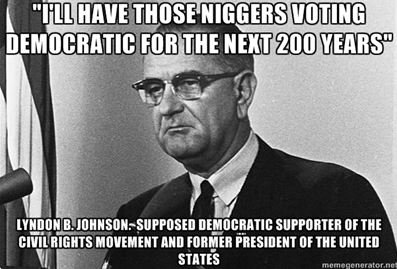