Having grown up in Houston and spent most of my life in the region, a Facebook post by Todd McLaren about the heroes of Harvey (shared below) rings true. This group of ragged, rugged volunteers is made up of Cajuns and Rednecks, a flotilla of Hillary Clinton’s “deplorables,” an army of strangers who become brothers when the call for help is raised and go quietly back to their everyday lives when it’s over.

They’re unlikely to be reimbursed. There won’t be medals. They won’t care. They’re heroes. And it’s what they do. 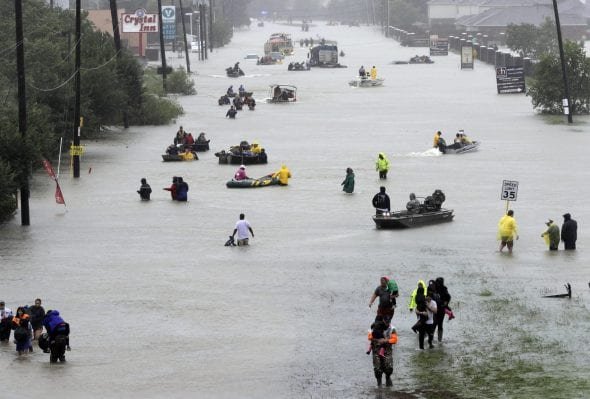 Please visit the Hurricane Harvey relief donation links at the bottom of the page.

Let this sink in for a minute…..Hundreds and hundreds of small boats pulled by countless pickups and SUVs from across the South are headed for Houston. Almost all of them driven by men. They’re using their own property, sacrificing their own time, spending their own money, and risking their own lives for one reason: to help total strangers in desperate need.

Most of them are by themselves. Most are dressed like the redneck duck hunters and bass fisherman they are. Many are veterans. Most are wearing well-used gimme-hats, t-shirts, and jeans; and there’s a preponderance of camo. Most are probably gun owners, and most probably voted for Trump.

These are the people the Left loves to hate, the ones Maddow mocks. The ones Maher and Olbermann just *know* they’re so much better than.

These are The Quiet Ones. They don’t wear masks and tear down statues. They don’t, as a rule, march and demonstrate. And most have probably never been in a Whole Foods.

But they’ll spend the next several days wading in cold, dirty water; dodging gators and water moccasins and fire ants; eating whatever meager rations are available; and sleeping wherever they can in dirty, damp clothes. Their reward is the tears and the hugs and the smiles from the terrified people they help. They’ll deliver one boatload, and then go back for more.

When disaster strikes, it’s what men do. Real men. Heroic men. American men. And then they’ll knock back a few shots, or a few beers with like-minded men they’ve never met before, and talk about fish, or ten-point bucks, or the benefits of hollow-point ammo, or their F-150.

And the next time they hear someone talk about “the patriarchy”, or “male privilege”, they’ll snort, turn off the TV and go to bed.

In the meantime, they’ll likely be up again before dawn. To do it again. Until the helpless are rescued. And the work’s done.

They’re unlikely to be reimbursed. There won’t be medals. They won’t care. They’re heroes. And it’s what they do.

Note: CDN has chosen Samaritan’s Purse as its designated charity for the Harvey recovery. Consider giving to them, the Red Cross, or another favorite charity that is helping in the region. 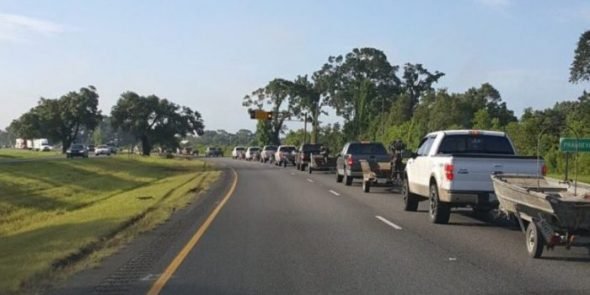