Irma, already a strong category five hurricane, is moving through the British Virgin Islands now, will skirt Puerto Rico late Wednesday,  hit the Bahamas Thursday/Friday, and continue on a track near Florida this weekend as a major Hurricane.

That national weather service has moved their forecast eastward to show landfall in southeastern Florida somewhere from Miami to West Palm Beach area and the latest computer models show a similar track. 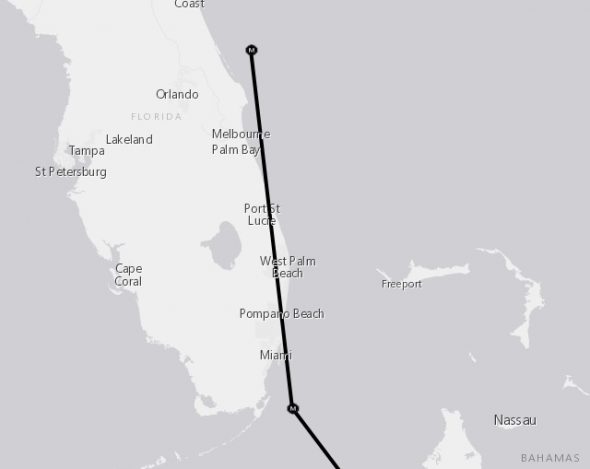 NWS has been steadily moving their track east matching the models and the plot may continue to move that way after the next model run at 2p EDT. 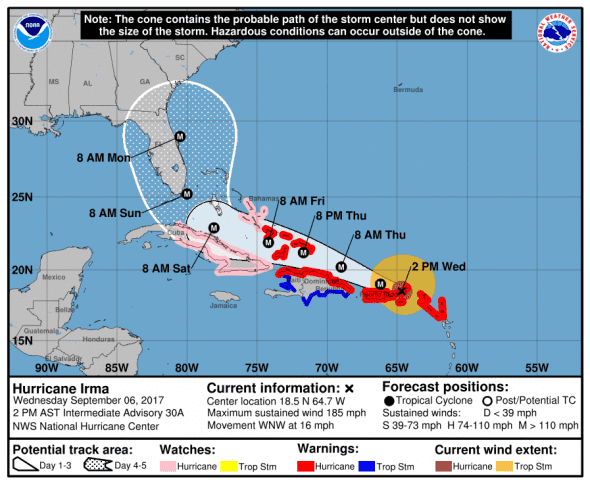 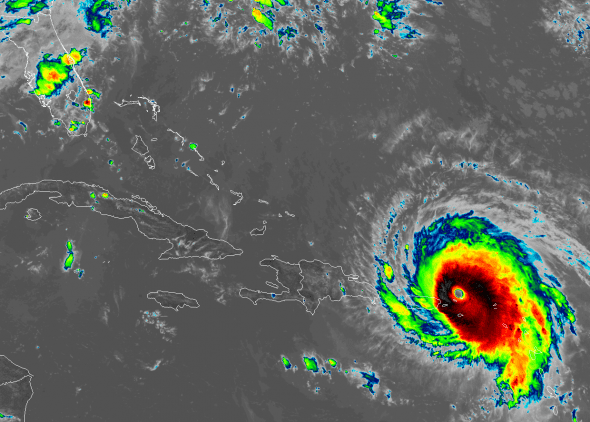 Irma is a very strong category five storm but is expected to weaken to a category four hurricane with 145 mph winds over the next 4 days as it skirts Puerto Rico and hits the Bahamas before approaching Florida. 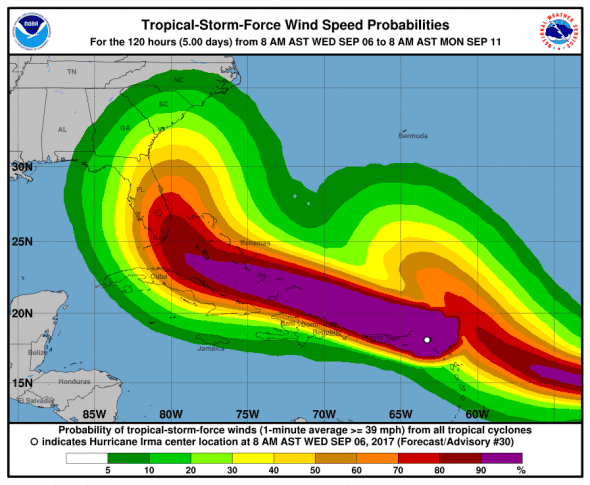 Computer models are widely varied as to Irma’s track through the Florida straights and near Florida. The timing of the storm’s northward turn is widely varied which could lead to a Florida landfall or send Irma to Georgia or South Carolina for landfall. 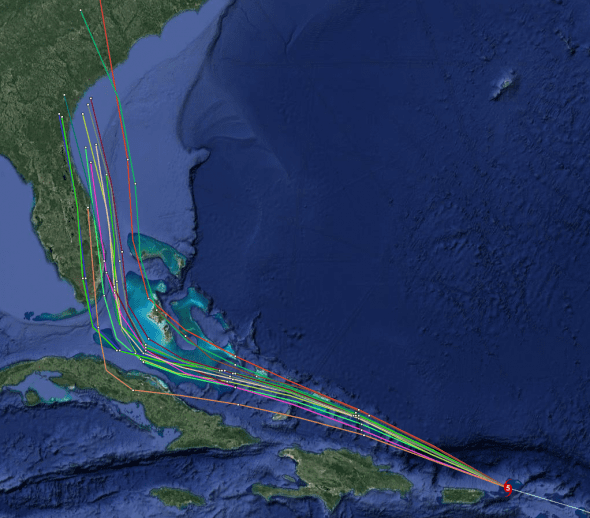 Early cycle model consensus has drifted a bit westward since the last run. 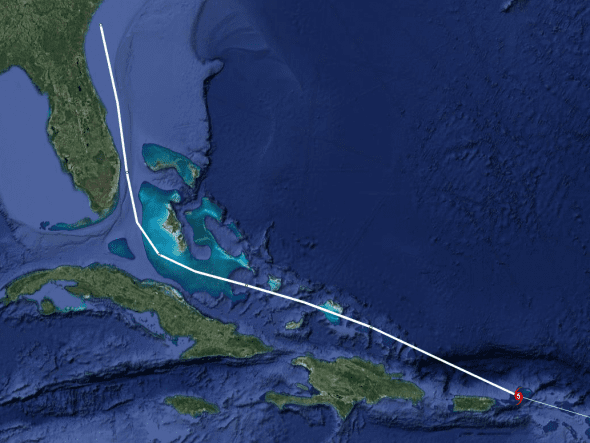 Late cycle model consensus puts the track making landfall in Miami and continuing up the coast to Port St. Lucie  mirroring the track forecast by NWS. 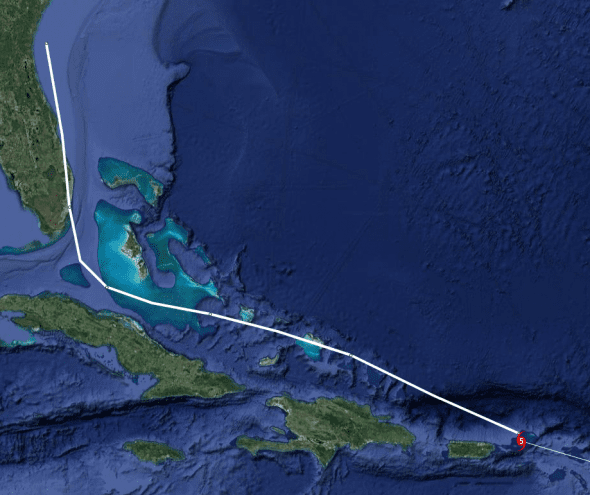 The computer models are forming consensus around two different possibilities for Irma’s continued strength. One set shows the storm holding onto 185+ mph winds while the other group expects the storm to continually weaken over the next few days to between 120 to 145 mph. 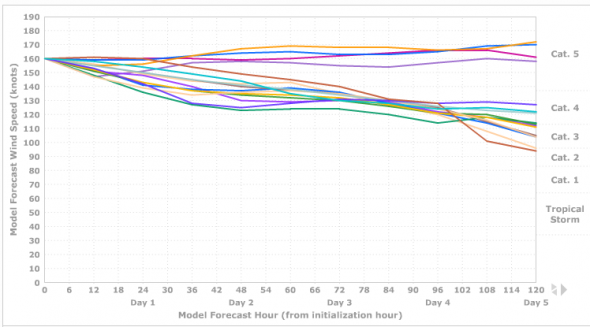 The National Weather Service forecasts a direct hit to southeast Florida but model consensus has moved east and indicates much less of a threat. As the storm could go anywhere in the forecast cone, Florida is still in danger of a direct impact. Florida’s Governor Rick Scott has declared a state of emergency to help the state prepare for what could be a major hurricane when it reaches the sunshine state.

No evacuation orders are in place. Atlanta area hotels have begun filling up as those in low-lying areas seek shelter.

* Dominican Republic from south of Cabo Engano westward to the
southern border with Haiti
* Haiti from south of Le Mole St. Nicholas to Port-Au-Prince

STORM SURGE: The combination of a life-threatening storm surge and large breaking waves will raise water levels ABOVE NORMAL TIDE LEVELS by the following amounts within the hurricane warning area near and to the north of the center of Irma. Near the coast, the surge will be accompanied by large and destructive waves.

The combination of a life-threatening storm surge and the tide will cause normally dry areas near the coast to be flooded by rising waters moving inland from the shoreline. The water is expected to reach the following HEIGHTS ABOVE GROUND if the peak surge occurs at the time of high tide…

Hurricane and tropical storm conditions are possible within the watch area in the central Bahamas and Cuba by Friday.

RAINFALL: Irma is expected to produce the following rain accumulations through Saturday:

In all areas, this rainfall may cause life-threatening flash floods and mudslides.