A Mobile, Alabama Chick-fil-A unintentionally started a sign battle recently when it used its street-facing marquee to introduce a new sandwich. 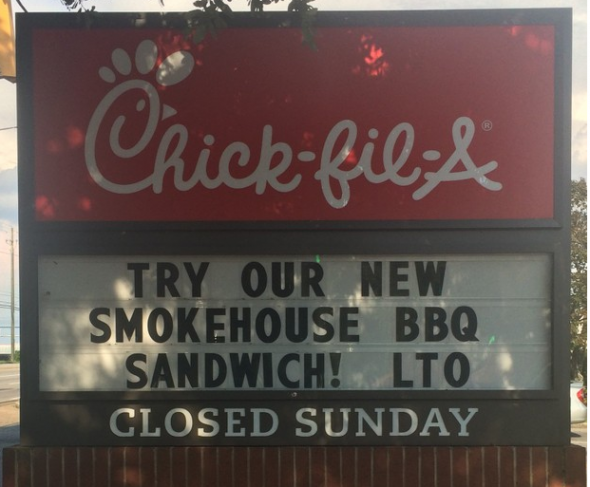 Moe’s Bar B Que next door felt the new offering a sort of betrayal and responded with their outdoor sign by pouting about their relationship.

“I thought we were friends,” Moe’s wrote, and added “Open Sundays” underneath as a jab at Chick-fil-A’s Sunday closure policy. 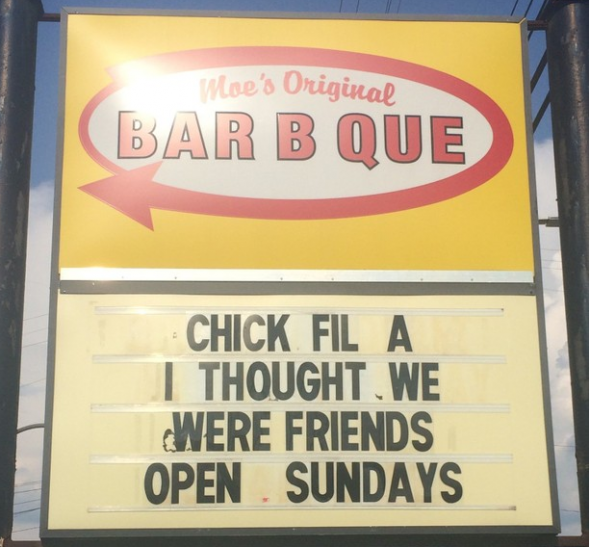 Things continued on and even managed to pull in a local men’s club.

In case you need catching up…

This isn’t the first sign war we’ve seen. Check out this friendly back-and-forth between two churches.

Support Conservative Daily News with a small donation via Paypal or credit card that will go towards supporting the news and commentary you've come to appreciate.
Tags
Chick-Fil-A Moe's Bar B Que WTF?