A bucket bomb is blamed for putting 22 people into the hospital after it sent a fireball through a train at Parsons Green station in London.

At least 22 people being treated following a fire at a #London subway station police call a "terrorist incident," https://t.co/5h7C6Tiunk pic.twitter.com/pY6LtTvOo3

A boy with serious burns to his legs is believed to be the most seriously injured. None of the victims’ injuries are believed to be life threatening.

At 8.20am, an improvised device was detonated on a #LondonUnderground train at #ParsonsGreen station. Here’s what happened pic.twitter.com/WqNyai8ON5

The device is believed to not have fully detonated and it is unknown if it contained any projectiles. 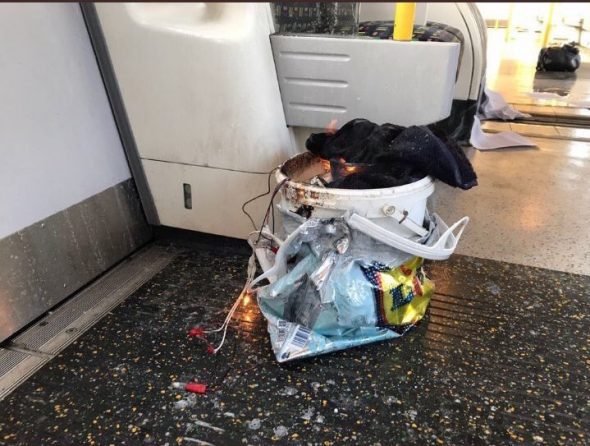 A massive manhunt is on for the bomber and terrorism is suspected in the attack and police say that have identified a suspect after reviewing CC TV footage.

U.S. President Donald Trump referred to the cowardly bomber as a “loser terrorist” and said that people like them must be dealt with in a “much tougher manner.”

Loser terrorists must be dealt with in a much tougher manner.The internet is their main recruitment tool which we must cut off & use better!