And the hits keep coming. Once again we see the loony, self-absorbed, racist behind every tree freaks on the left shouting racism where there is none, this time at Hobby Lobby. A customer happened to see a shelf with glass bottles containing what appear to be replicas of raw cotton plants.

The customer was so outraged she posted on her FaceBook page, “This decor is WRONG on SO many levels. There is nothing decorative about raw cotton… A commodity which was gained at the expense of African-American slaves.” “A little sensitivity goes a long way,” she added. “PLEASE REMOVE THIS ‘decor.”

Now I may be wrong, but cotton has not been picked by slaves in over 150 years, what has cotton have to do with slaves in 2017? I guess this woman doesn’t use cotton balls to take off her makeup like my wife does, or use Q-tips to clean her ears. Is she offended when she has to remove the cotton from an aspirin bottle? 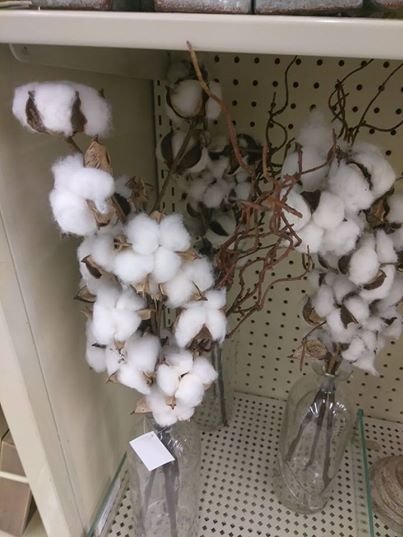 When are these Lefties going to stop with this racist crap?

I have one for the Lefties to ponder on, King Kong was racist.

I was watching King Kong the other day and it appeared to me that King Kong was a racist. As I watched him break free from that gigantic door and raise havoc in the native village I watched him pick up a couple of black natives put them in his mouth then spit them out. WOW! King Kong doesn’t like to eat black people, how racist is that?

As I watched him on top of the Empire State Building while getting shot by planes because he kidnapped a white blond woman, it appeared to me that the movie was saying gorillas are not allowed to date blond white women. Proving that America is a racist society.

Now if that makes no sense to you, that’s how I feel when I hear that an idiot liberal sees racism every time she sees a cotton ball. 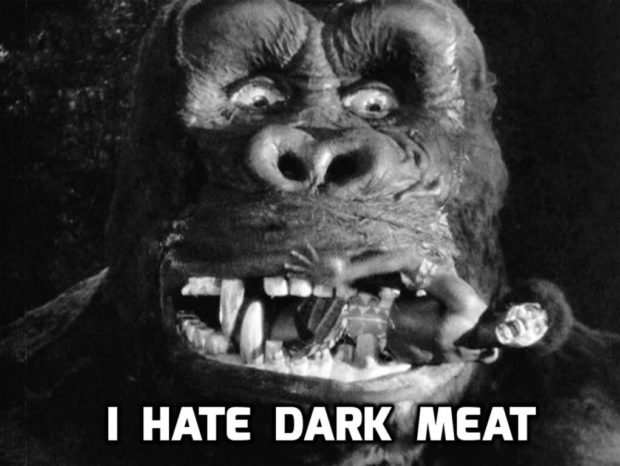