Why the Democrats love racism is because it is the only platform they have. They need racism so they can play the race card every time an election comes near. You see playing identity politics is the only way they can win elections.

It’s funny how the blacks keep voting Democrat when it is the Democratic Party that’s been keeping them down ever since reconstruction. They preach to the black community how they are oppressed and that they are victims and they need the Democrats to move them up the ladder of society. But voting cycle after cycle goes by and they are still in the same place.

Now we have crazy people on the left trying to tear down our history by removing statues of Confederate generals. Gee, all of a sudden the Democrats in the Senate are appalled that there are Confederate statues in the halls of our nation’s capital. Suddenly they find them “reprehensible” symbols of racism. I bet that they passed those statues tens of thousands of times without giving them a single thought. Why are they so outraged now? Because they see it might be advantages politically, that’s why.

Let’s face it, the Democrats need racism and division in this country, that’s the only way they seem to win elections, but I don’t think that will work anymore or maybe it will. 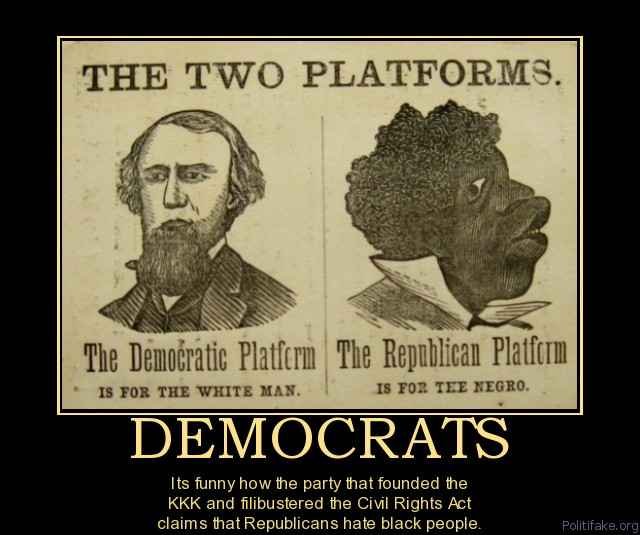 Support Conservative Daily News with a small donation via Paypal or credit card that will go towards supporting the news and commentary you've come to appreciate.
Tags
Confederate Democrats Jim Crow Lyndon Johnson