Someone at HuffPost must be huffing something as they thought these two headlines about Steve Bannon’s departure from the White House were appropriate. 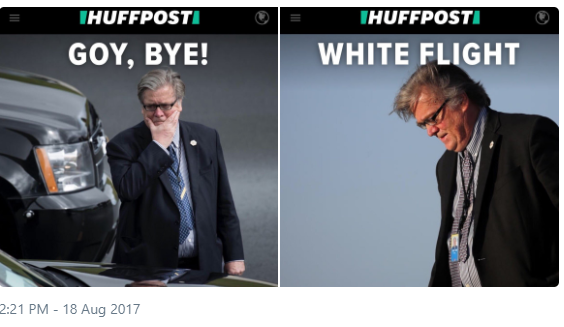 Goy, a Jewish name for someone that is not Jewish, is a thinly-veiled inference that Jews are really running things and have picked off another enemy.

The second headline speaks for itself.

Both headlines have since been edited, but good luck erasing anything once you put it on the internet.

Glenn Beck Invites Anti-Statue Activists to Tear This One Down

Charles Barkley: Worrying about stupid statues 'a waste of time'