The remnants of Harvey will reform into a tropical storm as they cross the warm waters of the Gulf of Mexico on a collision course with the coast of Texas. 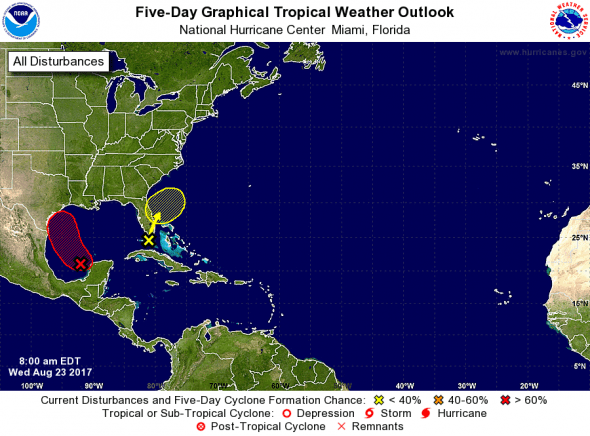 The national weather service on Wednesday warned that the low-pressure system has a “near 100 percent” chance of forming into a tropical depression in the next 48 hours and is likely to become a tropical storm. Although less likely, it is possible that Harvey could reach hurricane strength before reaching the coast.

Portions of northeastern Mexico, Texas and southwestern Louisiana are expected to be under tropical storm or hurricane watches as soon as Wednesday afternoon.

The storm could drop massive amounts of rainfall late Friday and into Saturday as it is expected to slow down just as it reaches the coast.

Harvey was a tropical storm until it crossed the Yucatan Penninsula in Mexico.