Hurricane Harvey is expected to strengthen into a major hurricane before striking the Texas coast late Friday night or early Saturday. Major Hurricanes pack winds of over 110 mph and should be considered a great threat to life and property. The National Weather Service warns that “preparations along the middle Texas Coast should be rushed to completion today. 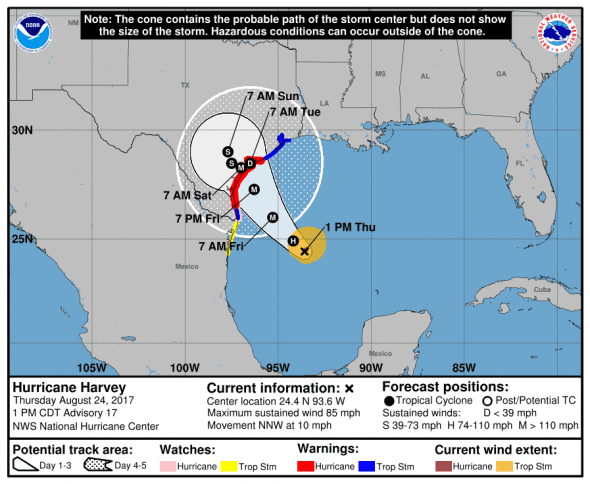 Harvey was last reported at 24.4 N, 93.6W moving north-northwest at 10 mph with maximum sustained winds of 80 mph. The estimated minimum central pressure based on data from NOAA and Air Force Hurricane Hunter aircraft is 979 mb (28.91 inches) and dropping indicating strengthening.

Harvey is currently forecast to make landfall just east of Rockport, TX. Corpus Christi won’t take a direct hit, but hurricane force winds extend out 25 miles from the center and tropical storm winds 90 miles from the center. Maximum sustatained winds are predicted to be from 115 to 120 mph with gusts even stronger. 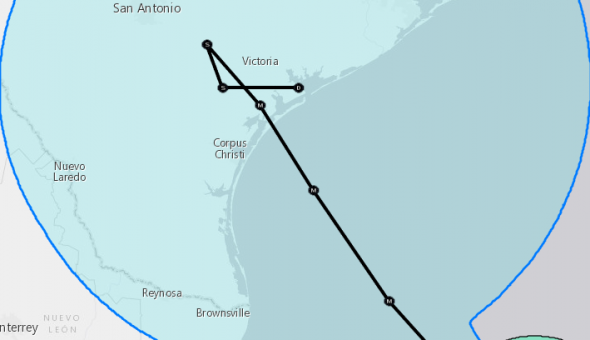 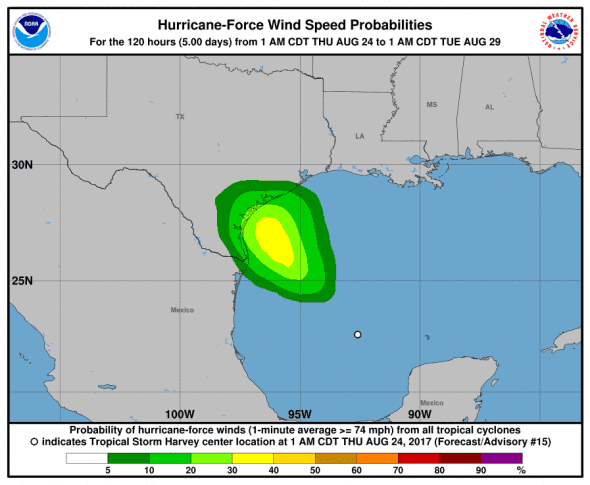 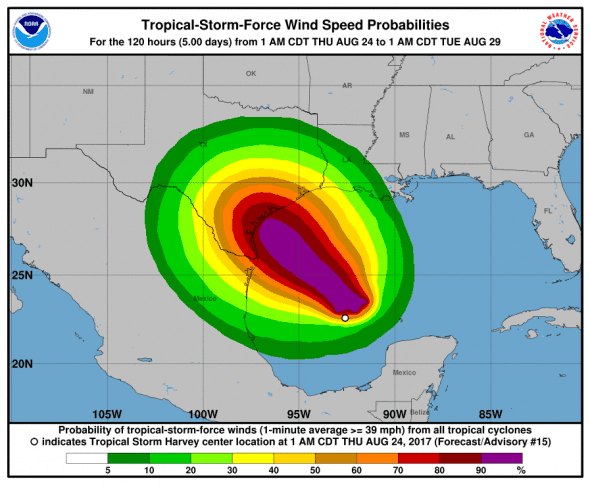 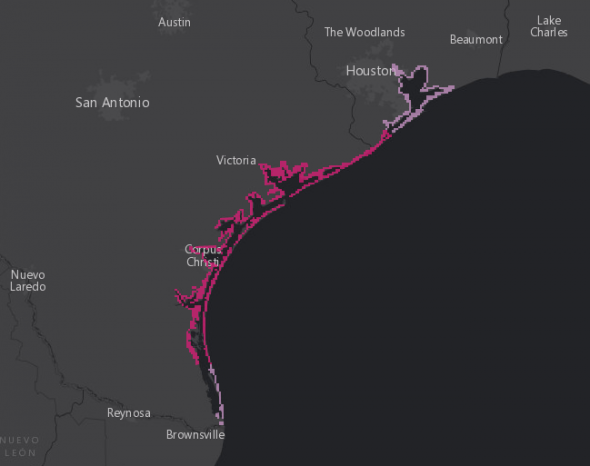 A Storm Surge Warning has been issued for the Texas coast from Port Mansfield to San Luis Pass.

A Storm Surge Watch has been issued from Port Mansfield south to the Mouth of the Rio Grande.

A Hurricane Warning has been issued for the Texas coast from Port Mansfield to Matagorda.

A Tropical Storm Warning and a Hurricane Watch has been issued from south of Port Mansfield to the Mouth of the Rio Grande.