Republicans threw away Wednesday their one good shot at the complete repeal of Obamacare by voting against the full Obamacare repeal.

Senators voted 45-55 on the measure, with seven Republicans and all Democrats voting no. The Republicans voting no were Sens. Shelley Moore Capito of West Virginia, Susan Collins of Maine, Dick Heller of Nevada, John McCain of Arizona, Rob Portman of Ohio, Lamar Alexander of Tennessee and Lisa Murkowski of Alaska. Only Collins voted against the measure in 2015..

The measure being considered was the Paul Amendment that would have modified H.R. 1628, now under consideration by the Senate, to completely repeal Obamacare with a two-year delay. 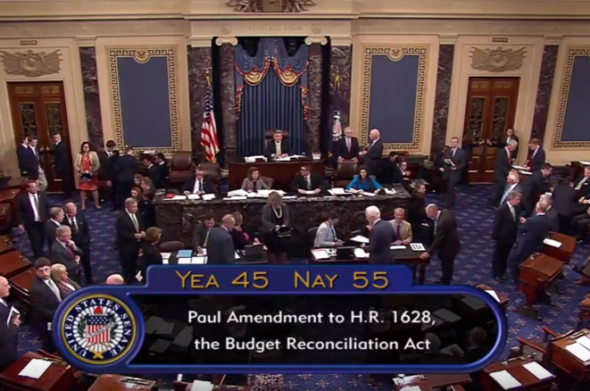 45 Republicans did vote for straight repeal and many, including the president, had harsh words for the seven defectors.

Senator @lisamurkowski of the Great State of Alaska really let the Republicans, and our country, down yesterday. Too bad!

Rep. Buddy Carter (R-GA) told MSNBC Wednesday that he is frustrated with the Senate’s inability to repeal Obamacare and when asked about the president’s rebuke of Sen. Murkowski, he supported Trump and said “Somebody needs to go over there to that Senate and snatch a knot in their ass.”

The complete repeal of Obamacare was never going to happen. Several Senators had voiced their opposition to any bill that rolled back the massive expansion of Medicaid under Obamacare which leaves the door to single-payer wide open.

‘Medicare for all’ has been the call-to-arms for government-run health care activists. Slowly expanding Medicare and its larger sibling Medicaid to larger populations by changing eligibility requirements is the vehicle progressives use to make more Americans dependent on the government for a vital service. Republicans are indicating that they might just be willing to help do just that.

“We will not support a plan that does not include stability for Medicaid expansion populations or flexibility for states,” the letter reads.

Three more Senators have joined in protecting Obamacare’s expensive provisions by voting ‘no’ on the straight repeal. 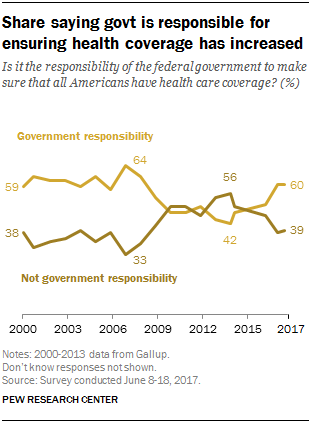 The increasing number of Republicans turning to the government as a solution to health care is alarming. That, along with polls showing voters increasing approval of single-payer, government-run health care demonstrates that America may have passed the tipping-point where more citizens are willing to be dependent on the government for basic services than those that are not.

The only bill remaining on Obamacare is so-called ‘skinny repeal.’ The bill gets rid of the mandates and some of the taxes but leaves the bulk of Obamacare’s inner-workings in place – including the Medicaid expansion.

Fasten your seatbelts, slippery slope ahead.