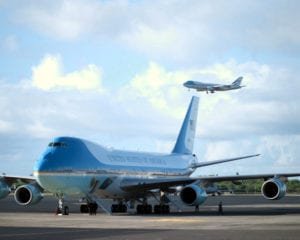 President Donald Trump will start his public schedule on Wednesday with his daily briefing provided by the intelligence community.

He will then head to Cincinnati, Ohio where he will meet with victims of Obamacare and then deliver a speech on his new infrastructure initiative.

Later in the afternoon, the president will return to the White House.

Support Conservative Daily News with a small donation via Paypal or credit card that will go towards supporting the news and commentary you've come to appreciate.
Tags
Cincinnati Ohio The President's Schedule Trump Administration