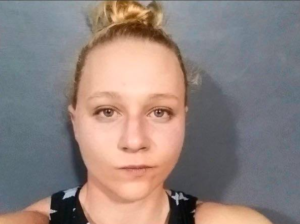 The first leaker to be charged by the Trump administration was arrested on Saturday in what should serve as a warning to others sharing classified information with the media.

Reality Leigh Winner, age 25, is a contractor with Pluribus International Corporation – an intelligence community contracting firm in Augusta, Georgia. Winner has been employed by the firm since February and holds a Top Secret clearance. She is charged with gathering and transmitting Top Secret documents to a media outlet – a practice that has become all too common over the last six months. She allegedly selected, printed and mailed classified information to an unnamed media company.

The charge carries a penalty of up to 10 years in federal prison and forfeiture of any money paid to her by the media outlet for the documents.

There have been reports that the Department of Justice is vigorously going after those who have leaked information to news outlets. The DOJ may even be surveilling journalists to catch the leakers.

Ms. Winner may be just the tip of the iceberg as at least three others are reportedly under investigation and a fourth, a retired general, may be at the center of the leaks.

Support Conservative Daily News with a small donation via Paypal or credit card that will go towards supporting the news and commentary you've come to appreciate.
Tags
leaks Reality Leigh Winner the FBI