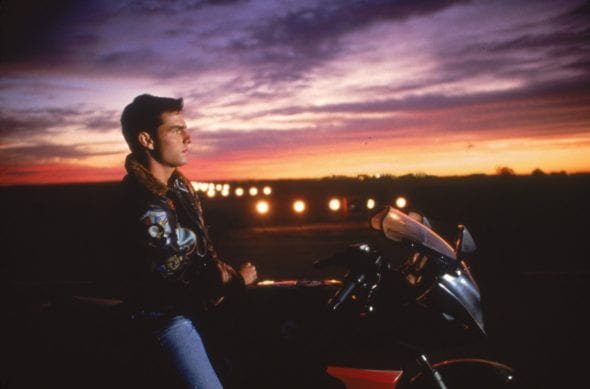 Whether it ends up being called Top Gun 2 or Top Gun: Maverick, the sequel to the 80’s mega-hit Top Gun is coming and Tom Cruise teased fans with a little bit of inside information on what they can expect.

In an Entertainment Tonight interview on Wednesday, Cruise also hinted that there may be another volleyball game.

“[There] may be a volleyball scene,” Cruise said. “Maybe. We’ll see. I have not told anyone in the world as much as I’ve just told you right now.”

The plot and cast have not been made public and may still be in the making. But at least one co-star from the original is hoping to be included.

friends said it's official – #TOPGUN2 was announced today. I'm ready Tom- still got my top gun plaque! Still got the moves! Still got it!

What kind of Top Gun sequel would it be if there weren’t jets?

The movie is expected to start filming with the year and it will, according to Tom, include a motorcycle.

There’s gonna be actors in it. [And a] motorcycle, definitely motorcycle.”

Support Conservative Daily News with a small donation via Paypal or credit card that will go towards supporting the news and commentary you've come to appreciate.
Tags
Tom Cruise Top Gun 2