A “Snowflake” is a term commonly used to describe todays very misguided liberals. Snowflakes also tend to melt in warm summer weather, I had to clarify that incase any of these liberals got misguided from there online safe space and wound up here, reading some reality.

Long gone are the days of the left fighting for anything meaningful. The Democratic party of today, particularly the younger generation, is more focused on normalizing men wearing skirts than normalizing the support of free speech. This has been observed at UC Berkley, what was once considered the home of the free speech movement has turned to violently rioting when Conservative speakers come to campus. However, with the rise of President Donald Trump, and his infamous anti-politically correct attitude “Social justice warriors” are being challenged and defeated. Right leaning Fox News has recently dominated viewership, conservative speakers are rescheduling events that were violently shut down by the “peaceful tolerant” left. Milo Yiannopoulos, former senior editor for Breitbart News, even announced a “Free speech week” at UC Berkley in the aftermath of his event that was infamously protested, leading to a riot that caused $100,000 worth of damage, and among other things you can not find a liberal Netflix show that is not bombarded with single star reviews. This wave of truly peaceful tolerant resistance brought by President Trump is being felt across the globe, as seen in Frances 2017 election with the rise of Marine Le Pen, who boasts the same anti-political correctness attitude as President Trump.

The bizarre agenda todays liberals push is taking effect on the Democratic party. Even life long Democrat Bill Maher has acknowledged the absurdity of the lefts politically correct, social justice, trigger warning culture, and the negative effect it has on the Democratic party. As much as the left wants to pit Hilary Clintons failed presidential campaign on the Trump-Russia collusion delusion, the reality is they lost, and will continue to lose as long as they push forward their politically correct agenda that is out of touch with sane Americans. 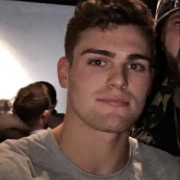