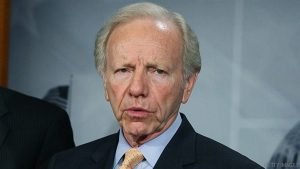 Former Senator Joe Lieberman is no longer Donald Trump‘s top choice for Director of the FBI, according to CNN.

At one point, former Sen. Joe Lieberman was considered a leading candidate, but Trump has since decided he wants to see a broader range of candidates for the job, the official said.

Trump’s favoring of Lieberman caused great unease in the halls of Congress. Most members were looking for a candidate that had not run for public office in hopes of an apolitical person at the head of the FBI. Others voiced concerns over Lieberman not having served in the FBI.

The president’s search for a new director has not gone as smoothly as he had hoped. Trump had initially said he intended to announce a nominee before he left on his current 9-day, 5-nation trip. Since then, several candidates have taken their names out of the running and now the effort is resetting to cast a broader net.

It is unclear from the report whether Lieberman is out of consideration for the job or just no longer the president’s top choice.

Support Conservative Daily News with a small donation via Paypal or credit card that will go towards supporting the news and commentary you've come to appreciate.
Tags
Joe Lieberman the FBI Trump Administration