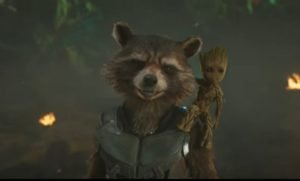 Theater numbers for the past weekend are out and it’s clear that “Guardians of the Galaxy Vol. 2” is a blockbuster while Guy Ritchie’s “King Arthur: Legend of the Sword” missed the mark.

Guardians 2 faced scrutiny from uptight movie reviewers ahead of its U.S. release. But the cast and story appeal to a massive audience. In just two weeks, “Guardians” has raised over $246 million in the U.S. alone. Worldwide, the popular film has pulled in more than $630 million.

King Arthur pulled in $14.7 million in its first weekend which is troublesome due to the film’s $175 production cost. The gritty reimagining of the Excalibur legend got bested by “Snatched” – a raunchy comedy featuring Amy Schumer and Goldie Hawn.

Support Conservative Daily News with a small donation via Paypal or credit card that will go towards supporting the news and commentary you've come to appreciate.
Tags
Guardians of the Galaxy movies