A select group of Bay Area Rapid Transit (BART) passengers discovered what happens when government ignores the “Broken Windows” theory of policing in favor of the left’s “Let It All Hang Out” philosophy.

“Broken Windows,” introduced by James Wilson and George Kelling, held that a community starts to deteriorate when political leadership de–emphasizes enforcement of “quality of life” ordinances. 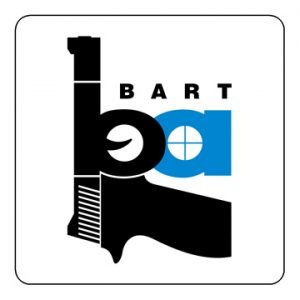 Wilson and Kelling used the example of a building with a couple of broken windows. If the windows aren’t repaired, vandals will continue to break windows until there is no glass at all. Failure to repair the first few signals that there won’t be any consequences for breaking more in the future.

Deterioration continues until vandals break into the building and destroy the inside, too.

The social scientists contended the same thing happens in cities. If law enforcement ignores “quality of life” crimes like public urination, drinking in public, littering, graffiti and vandalism then disorder spreads and escalates.

By 1990 William Bratton, chief of New York City’s Transit Police, was tired of supervising the transit equivalent of Subway from Hell so he ordered his troops to crackdown on quality of life offenders. Plainclothes cops started arresting fare jumpers, aggressive panhandlers and vandals. Crime plummeted as a result of enhanced enforcement.

In 2017 BART discovered it, too, has a problem with fare jumpers. The San Francisco Chronicle reports “22,000 people a day may be illegally riding BART for free — and depriving the transit system of as much as $25 million a year.”

For most of us that’s a lot of money, but for some BART board members it was a small price to pay if it kept BART cops from harassing minorities.

BART board member Lateefah Simon — a former fare–jumper herself— is convinced there are just as many upper–income seniors jumping fares as there are minority leapers, but BART cops will someone concentrate their enforcement on “teens, minorities and the homeless.”

“We don’t want to create more problems than we solve,” she explained.

So while the board was dithering a problem created itself.

Five days after Simon pooh–poohed a plan for fare enforcement, a mob hijacked a BART train. As reported by SFGate, “A mob of 40­60 young people streamed onto a BART train in Oakland Saturday night, robbing multiple riders of bags and cell phones and injuring at least two people.

“Juveniles jumped the fare gates and rushed aboard at least two cars of a Dublin-bound train at Coliseum Station shortly before 9:30 p.m. Some members of the group held doors open, stalling the train, while others ran through cars and some robbed and assaulted passengers.”

BART management was contrite: “Before all else, our hearts go out to the passengers who were victims of Saturday’s robbery.”

Once the sympathy was out of the way, BART reverted to best practices for leftists that put a higher priority on political correctness than keeping the peace. It lied.

“Overall, crime has been on the decline, and we want to stress that this robbery is neither reflective of the safety of our system nor of public transportation generally. We strive to provide a safe place for our passengers….”

Only crime isn’t down. Crime is up 22 percent in the first quarter of 2017. In fact crime is so obvious and out of control that acting chief Jeffery Jennings has declared a state of emergency.

Sympathy after the fact would not have been necessary if BART management practiced competence before the incident. Ignoring an obvious and expensive problem like rampant fare jumping only encourages the practitioners to push the limits and escalate their law breaking.

A sensible solution would be to let the data determine where to enforce. I think the term for that is science and the left claims to be the party of science.

The system has cameras in the stations and it can determine which stations are hotspots and at what time incidents occur. This common sense research might have prevented the taking of the BART train, since it occurred right after a juvenile–heavy event ended.

There is no indication the board will even try to mine the data. Adopting a “Broken Windows” policy might result in too many minority arrests, so the board is willing to risk a few broken heads.

I’m not so sure passengers on the Dublin–bound train agree with that choice.

Quality of life laws aren’t designed to inflict discrimination; they’re designed to establish a baseline for public behavior. These laws protect the elderly, the infirm, the young, the female and the wimpy, while restraining the unruly.

Regardless of whether government tolerates broken windows or broken turnstiles, it always leads to broken heads in the end.

Support Conservative Daily News with a small donation via Paypal or credit card that will go towards supporting the news and commentary you've come to appreciate.
Tags
Crime law enforcement mass transit