Just before Noon on Thursday, a car plowed through a crowd of pedestrians in New York City’s Times Square killing one person and injuring several others.

A maroon Honda Accord, driven by 26-year-old Richard Rojas, was traveling the wrong direction on Broadway at a high rate of speed just before it ran over a group of people, hit barriers then burst into flames. 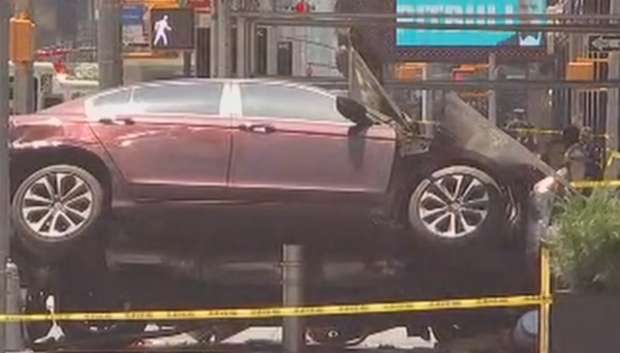 One person was killed in the incident and another 22 injured, four critically.

After wrecking the car, Rojas attempted to evade police until a bouncer at the Planet Hollywood punched him, knocking him down.

The driver was reportedly high on synthetic marijuana and had planned the attack as a murder-suicide.

Rojas told police that he wanted to kill the pedestrians and then wanted cops to kill him as well, sources told the New York Post.

‘You were supposed to shoot me. I wanted to kill them,’ Rojas told police. 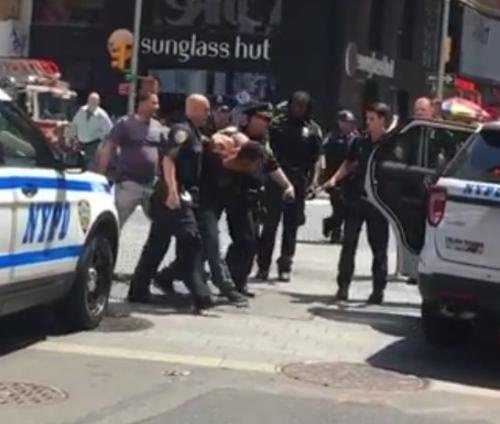 Rojas has two prior convictions for driving under the influence.