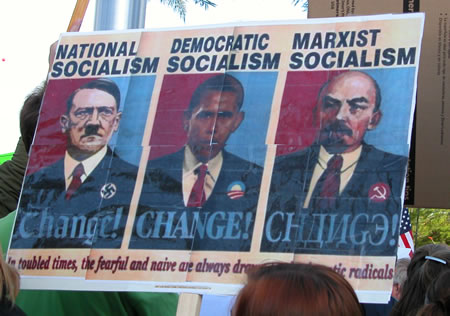 I’m positive we all understand the danger looming over America’s head right now; even with a not-so-bad Republican as President, the Left is still continuing to throw punches (see Gen. Flynn’s resignation over absurd irrelevancies and the current attack on Attorney General Jeff Sessions over something that’s downright false). However, I think there is a major hole in the Left’s eighty-odd years of crusading against the Constitution; since they couldn’t go out and just say “Okay Americans, we’re going to take over your country and pummel it ten times over”, they needed a strategic plan in order to infiltrate the government and bring about the destruction they so desperately want. However, plans and operations are never perfect; there will always be some sort of flaw or noticeable inconsistency with them. The Left’s efforts are no different; in fact, it’s rather easy to put the pieces together and figure out that there are five major steps (and one extra tidbit) in the Left’s quest for power.

The first step is undoubtedly the most audacious, as it generally involves some sort of national or international crisis. This crisis should be powerful enough to reduce public moral and monetary power to dust, leaving the society(s) in question weakened and desperate for assistance. This is when the Left steps in, giving off a savior-like aura and promising to return the country back to normal in due time. However, this “help” is merely a front for the Left to keep the public unsuspecting.

The Great Depression marks the beginning of the Left’s 85-year assault (as of 2017); since many people lost most (or all) of their wealth, both their financial status and their morale literally experienced a freefall, stagnating the country. Then, like a beacon of hope, Franklin Roosevelt entered into the 1932 general election with a plethora of promises, spouting his rhetoric with such charisma that he took the nation by storm. FDR was swiftly ushered into office; however, as we all know, the Great Depression wouldn’t end until the economic boom that occurred as a result of World War II in the early 40’s; it’s clear he only went into office to radically expand the federal government’s power, seeing how he had almost a decade to heal the country.

The second step involves infiltration of the media to spread the message. However, due to the popularity of television growing at an unprecedented rate at the time, the Left was able to spread their beliefs with much more strength and speed. Also, because of the effects of the first step, morale and financial prowess were incredibly low, forcing the public to buy into Liberalism as it was the easiest thing to come up with.

For FDR, the radio was nothing more than a tool to keep the blindfold over the public’s eyes; by emitting a homey, caring tone with these “conversations”, it drew hostility away from listeners and caused them to see his ideas and topics of discussion with a welcoming mind. The emergence of news shows in the 1960’s also plays a part, as the Left could start controlling what is told to the people, further driving them towards what the Left continues to desire; a Statist, freedom-less country.

With a majority of Americans now starting to regard Liberalism as an optimal choice, the Left finally strikes at the heart of the country: the government. First local governments are seized, then state governments, and at last–with the election of John F. Kennedy–the federal government. Once they are situated, they introduce small amounts of ideology into the policies they create and endorse, gradually increasing said policies’ intensity and scope as step 2 continues.

Real-World Example: Emergence of the Rust Belt and Prevalence of Left-Leaning POTUS’s in 2nd-Half of 20th Century

Before the 60’s, the lower Great Lakes Region (Detroit, Chicago, etc.) were booming; Detroit because of the automation history and Chicago because of its ports. However, with Liberalism seeping into both cities (and eventually their respective states), they experience a decline like no other. After this has already started, Liberalism takes the federal government by storm; of the 8 presidents between Eisenhower (1953-1961) and George W. Bush (2001-2009), only two–Ronald Reagan and George H. W. Bush–could be considered to be Right-leaning.

Step 4: Revision of the Past

With the Left now in near-total control, they proceed to erase and revise parts of history that contradict their pseudo-benevolence, eventually perpetrating their own version through mass media to replace history’s true path.

The most known revision  is making FDR out to be an American hero, comforting the people during the worst economic crisis in our history. As I’ve already discussed, the Left changed the connotation of FDR’s policies to keep the people from realizing that the Democrats–and, inherently, the Left–were attempting to take control of them. Madam C. J. Walker’s story, however, is much less known. Walker was known as the first millionaire black American, earning her wealth through her textile company. You’d think the Left would be flattered with her, crafting a slew reasons as to why she represents the “benevolence” of Liberals. However, there was one situation that permanently lamented her as being “erased” from history; in the 1910’s, Walker and several friends directly approached the President at the time, Woodrow Wilson. After asserting their gripes of the discrimination in the South, it was certainly expected that Wilson would at least attempt to stop the Southern Democrats. However, unsurprisingly, Wilson flatly ignored the women, allowing the racism and terrorizing of blacks in the South to continue unabated.

Step 5: Persecution of the Truth

When the majority of the public now regards the Liberal ideology as the “real” path of history, the Liberals in media and government silences and oppresses the few dissenters in a variety of ways until they can no longer sway public opinion. Afterwards, they are relatively free to reign as they please.

It’s fairly known that about 4 years ago, the IRS judged Conservative groups applying for a tax-exempt status with much higher scrutiny than other groups simply because of beliefs and the groups’ titles, leading to a full-blown FBI investigation. However, one slightly less known of is the arrest and probation sentence for Dinesh D’Souza (of 2016 and Hillary’s America fame) after he “[made] campaign contributions illegally through straw donors”. With a policy as obscure and shady as that, it’s no wonder that D’Souza himself said in one of his own movies that the punishment was nothing more than the Liberals “teaching him a lesson”.

The Liberal ideology cannot place their survival on the teachings of the original generation alone; so, the Left infiltrated the education system in the 1960’s, planting the professors and teachers that would teach children portions of Liberalism while omitting the principles of Conservatism.

See how many crumbs have been left along the way? It’s actually handy to know this information, as 1: we can use these slip-ups as points of our debates, and 2: we can count on a few Leftists making a new slip-up that can be exploited.

I only wonder how much convincing there needs to be until we can finally break the Leftist spell that was cast upon many of our American siblings.