White House Press Secretary announced Friday that the president will be making an announcement on the Keystone XL Pipeline later Friday morning.

.@POTUS to make announcement on #KeystoneXL at 10:15am this morning

The pipeline had been mired in bureaucratic red tape for years under the Obama administration that took Trump just 54 days to unravel.

Expedited approval of projects is part of Trump’s approach for a 10-year, $1 trillion infrastructure package he promised on the campaign trail. The White House is looking for ways to speed up approvals and permits for infrastructure projects, which can sometimes take years to go through the maze of regulatory requirements.

XL will allow the flow of Candian crude oil to refineries along the Gulf Coast once completed, but it still faces state-level regulatory hurdles and legal challenges. 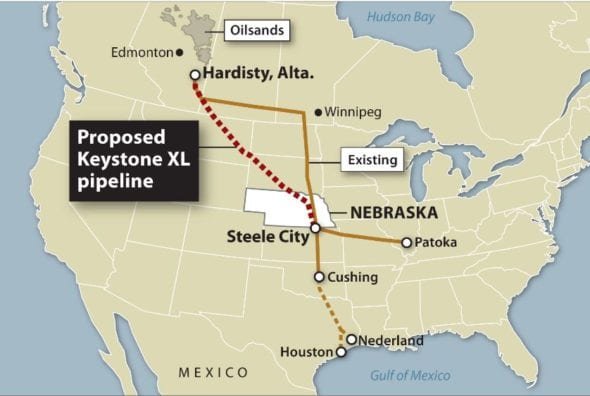 The pipeline, the increased business to communities along the construction route and the support companies that derive business from the pipeline could create more than 40,000 jobs.

Support Conservative Daily News with a small donation via Paypal or credit card that will go towards supporting the news and commentary you've come to appreciate.
Tags
Keystone XL Pipeline