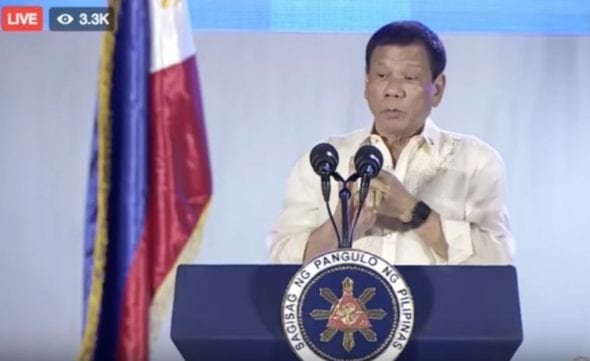 “Why did [Obama] not reprimand [China]? Why did you not send five aircraft carriers? You had to wait for the problem to ripen to an international issue involving, this time, so many countries,” President Duterte said at a news conference.

China is now planning to build several monitoring stations on the Scarborough Shoal, located just 124 miles off the Philippines coast.

“Why did you not, the first instance, go to Chinese working there, building structures there?”

The Philippines isn’t the only country to decry the former administration’s foreign policy.

Support Conservative Daily News with a small donation via Paypal or credit card that will go towards supporting the news and commentary you've come to appreciate.
Tags
Barack Obama China Philippines Rodrigo Duterte