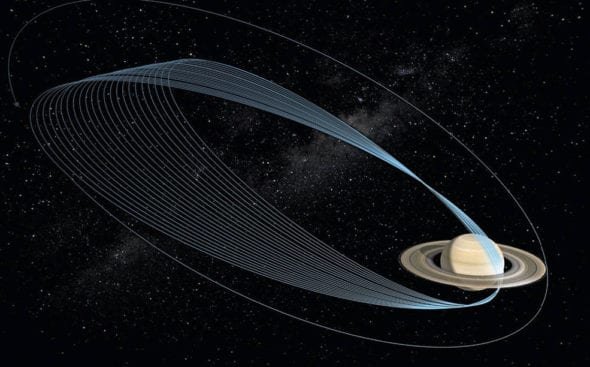 NASA will hold a news conference at 3 p.m. EDT Tuesday, April 4, at the agency’s Jet Propulsion Laboratory (JPL) in Pasadena, California, to preview the beginning of Cassini’s final mission segment, known as the Grand Finale, which begins in late April. The briefing will air live on NASA Television and the agency’s website.

Cassini has been orbiting Saturn since June 2004, studying the planet, its rings and its moons. A final close flyby of Saturn’s moon Titan on April 22 will reshape the Cassini spacecraft’s orbit so that it begins its final series of 22 weekly dives through the unexplored gap between the planet and its rings. The first of these dives is planned for April 26. Following these closer-than-ever encounters with the giant planet, Cassini will make a mission-ending plunge into Saturn’s upper atmosphere on Sept. 15.

Support Conservative Daily News with a small donation via Paypal or credit card that will go towards supporting the news and commentary you've come to appreciate.
Tags
NASA The Cassini Probe