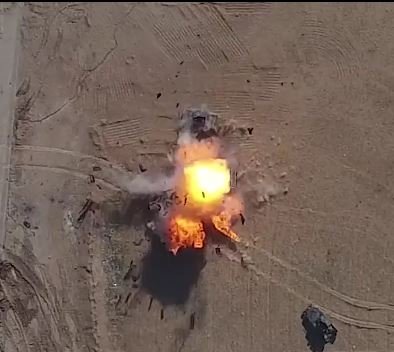 ISIS appears to have married anti-vehicle munitions with drones able to carry, aim and drop the ordinance with shocking accuracy.

A video released by the ISIS propaganda outlet Amaq news agency on Friday supposedly shows a weapon being dropped from a flying drone. The unguided munition falls to the ground and destroys a humvee in a massive explosion.

CDN is awaiting independent confirmation that the drone was indeed an ISIS aircraft and that the Humvee belonged to the Iraqi army.

The weapon dropped is similar to many modern mortar rounds and some anti-tank munitions, but the exact identity of the ordinance has not yet been determined. 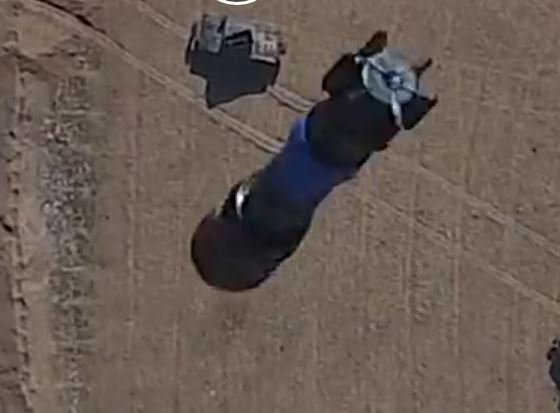 Support Conservative Daily News with a small donation via Paypal or credit card that will go towards supporting the news and commentary you've come to appreciate.
Tags
drones Iraq ISIS