While 6-10″ of snow might not be a total disaster to those in Wyoming or Vermont, it is for the Southeast Atlantic zone as southern states don’t have the equipment or infrastructure to deal with a serious snow event. 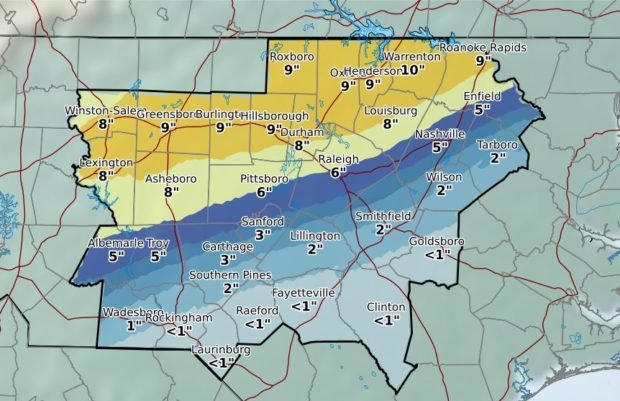 Grocery store shelves have been emptied by residents who realize that they may be trapped in their neighborhoods for several days as Department of Transportation crews prioritize major roads over side streets.

Local Lowe’s and Home Depot stores ran out of salt/snow melt late Wednesday and again on Friday morning after receiving another shipment. Snow shovels and other snow-clearing equipment were difficult to locate after Thursday morning.

Snow started to fall around 5:30 in north central NC:

Weather models are predicting up to 14 inches in central and northeastern North Carolina. 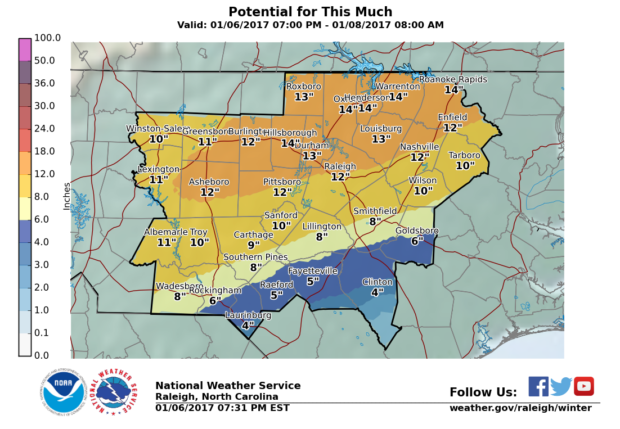 While many take any amount of snow seriously, others use humor to get them through the mess that will likely ensue.

My wife found this ghastly scene at the store earlier. Is there a life hack for turning onions into milk & bread? #snowpocalypse #NCSnow pic.twitter.com/oRqysOVjrr

#snowpocalypse. Tiny ice crystals have started here in #vabeachva. NFLX up 387% in after hour trading

Support Conservative Daily News with a small donation via Paypal or credit card that will go towards supporting the news and commentary you've come to appreciate.
Tags
2017 North Carolina snow The Weather