As I was flipping through the channels on TV, I stopped when I saw a picture of Donald Trump. As I watched they were going on and on about immigration, naturally they were condemning the president because of his stance on immigration, only they forgot to put the word illegal in their conversation. The way the left gets its base riled up is to make the claim that Republicans are against immigration, WRONG, we are against illegal immigration, the left conveniently seems to always leave that out.

The left always comes up with the same line, “We are a nation of immigrants” which is true. But over and above that and all else is that “We are a nation of laws,” with out that there is anarchy, which we are already near. We have just come off of 8 years of a lawless administration, and the country shows it. Obama went through 8 years of picking and choosing which laws he wanted to follow, naturally the country started to fall apart, because the president sets the tone for the rest of the country, and if the president can pick and choose which laws he will live by, the masses follow. We have lacked a sense of law and order in this country and it shows.

We have elected officials around the country, mayors, governors who swore to uphold the laws of this country, yet they say they will ignore immigration laws. Many American citizens are killed every year by illegal’s, people who should have never been in this country. The blood is on Obama’s hands as well as those mayors and governors who have turned a blind eye to the illegal immigration problem.

“We are in the middle of a crisis on our southern border,” Trump said after signing two executive orders to help stop illegal immigration. “Beginning today, the United States of America gets back control of its borders, gets back its borders. We are going to get the bad ones out, the criminals, the drug deals and gangs,” he continued. “The day is over when they can stay in our country and wreak havoc.” One of the executive orders he signed establishes new support for victims of “illegal immigrant crime,” he said. “To all of those hurting out there, I repeat to you these words, we hear you, we see you and you will never, ever be ignored again.” Three cheers for Mr. Trump.

Maureen Maloney, whose son Matthew Denice was dragged to his death by an illegal immigrant in 2011, said on Boston Herald Radio’s “Morning Meeting” show yesterday she was outraged to hear Mayor Martin J. Walsh offer up City Hall as a sanctuary for people facing deportation.

Then again we have idiots like Massachusetts U.S. Sen. Edward J. Markey who said in a statement, “Today, Lady Liberty weeps at Donald Trump’s executive actions that fly in the face of our nation’s history as a beacon to those seeking a better life in America,” What about your oath to uphold the laws of this country Senator?

I have always said that if we let illegals enter this country without consequences; it is a slap in the face to those who took the time and effort to come to this country legally, like my grandparents did. 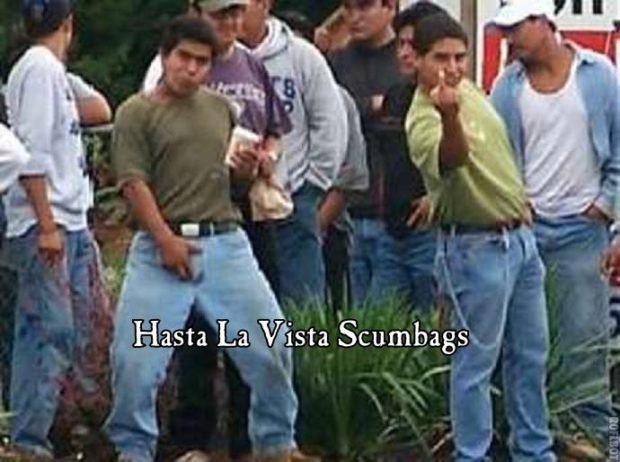