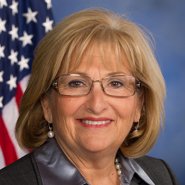 In an Op-ed on Monday, interim House Budget Committee Chair Diane Black (R-TN) used the tragic failing of Obamacare in Tennessee to illustrate why the repeal of the failed Affordable Care Act is absolutely critical.

In 2013, 28,000 Tennesseans lost their insurance coverage in a single day when a state program called “CoverTN” lapsed after the Obama administration decreed that it ran afoul of the health care law’s top-down requirements.

Rep. Black goes on to describe how Obamacare turned Tennessee’s marketplace into anything but:

Our state insurance commissioner didn’t mince words last year when she described the marketplace as “very near collapse” but even that characterization is generous. When three-fourths of your state lacks any choice among insurers, it’s no longer a marketplace at all – it’s a monopoly.

Taking an anti-Washington-elite stance, Black then goes on to explain that the repeal of Obamacare isn’t about ripping the rug from under Americans but to prevent the coming storm from drowning everyone.

Washington types fail to understand that by repealing and replacing ObamaCare, we are not disrupting a system that is working, we are offering a rescue plan to stop the bleeding and transition away from a law that already failed by every measure. That also means offering a stable transition period, so that no one falls through the cracks, and then offering a path to something better.

On January 13th, Rep. Black made an impassioned speech on the House floor making the case for repeal.

After President Trump signed an executive order to soften enforcement of the ACA, this offering from the head of the budget committee indicates that repeal is coming.

Support Conservative Daily News with a small donation via Paypal or credit card that will go towards supporting the news and commentary you've come to appreciate.
Tags
Diane Black House Budget Committee Obamacare repeal The ACA