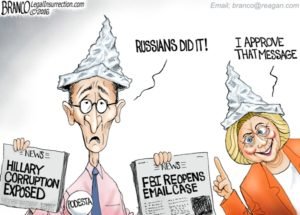 John Pilger, thanks to Dartmouth Films, spoke with WikiLeaks founder Julian Assange in an interview that will air Saturday, November 5th, during which Assange will categorically deny that the DNC and Clinton campaign emails came from the Russian government.

Fate, irony, karma .. whatever, the 30-minute interview will be news no matter how it goes down. Just days before the American election, it pits Assange against the American politician that asked if she could have him killed via drone, but some questionable decisions may make the interview less impactful than it otherwise may have been.

The interview will air on RT, which is an unfortunate choice of outlet. RT was formerly “Russian Television”, but is still funded by the Russian government and largely viewed as a pro-Russian propaganda outlet. There would be (marginally) less controversy had the interview been released on InfoWars.com.

John Pilger, the interviewer, is an Australian journalist now working in the UK and is a strong critic of American, Australian and British foreign policy, which he considers to be driven by an imperialist agenda. No thinking person will be able to view his part in this as unbiased.

The only saving grace is that Dartmouth Films produced the interview. Dartmouth Films have been pioneers in Britain of independent documentaries and, as the probable funding source, likely had some editorial oversight.

Whether the interview explains, without question, the actual source of the WikiLeaks email dumps or turns into a Russian propagandist dumpster fire will only become evident on Saturday, November 5th.

Oh, and the final fatalist, karmic, ironic part of all of this? The date the interview will air: “Remember, remember the 5th of November.” [1] Guy Fawkes masks are popular with anarchists and the hacking group “Anonymous.” I’m not making a connection, just an observation.

Support Conservative Daily News with a small donation via Paypal or credit card that will go towards supporting the news and commentary you've come to appreciate.
Tags
Dartmouth Films Guy Fawkes John Pilger Julian Assange The 5th of November WikiLeaks