Polls, exit data, electoral maps, rallies and pop/rap concerts disguised as rallies – this election year has traditional electioneering facing off against something totally different and it just might turn the electoral map upside down.

For the last four presidential elections, 40 states have voted exactly the same way. Those states are taken for granted by the party that believes they own them and forgotten by the party that doesn’t think they can get anything from them: 2016 is different. Not because some big data outfit figured out that there was some new demographic that might flip or because some professional political consultant thought an event somewhere was going to flip some blue state red or vice-versa. It’s different because one candidate is something America may have never seen before.

Donald Trump has gone into Michigan, Pennsylvania, and Minnesota to talk to regular Americans while Hillary hasn’t spent much time in Texas or Georgia. The difference in playbooks is huge. Democrats take their voters for granted while Trump is looking to bring ALL Americans together.

Hillary Clinton used every tool in the politician playbook because that is who she is. Donald Trump did something entirely different.

Trump didn’t pander, didn’t pull in high-powered celebrities and most of all – didn’t preach. He listened.

While Hillary spoke the language of politicians and dumped on coal miners, steel workers, welders, pipe fitters, and millions of other hard-working Americans, Trump spoke to the problems most actual Americans face.

That core difference is why the last four presidential election maps mean nothing, zero, nada .. zilch. If thinking Americans show up on Tuesday, this is what the real electoral map will look like: 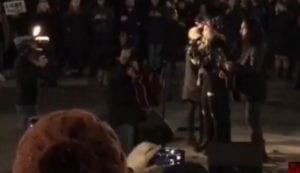 Hillary pandered to New Yorkers and .. actually, I’m not really sure who else, by putting Madonna front-and-center at a mini-rally in New York City. I think New Yorkers are smarter than that.. right?

Hillary had Lady Gaga appear at her late night North Carolina rally to pull in college students. Not all millennials need safe spaces to hide from trigger words and many of them actually like to engage in political discourse as a way of learning from others – those young voters are smarter than that.

If a candidate has to use famous artists, obnoxious rappers and has-been singers to get attention, their message must really suck. Who falls for that?

If someone seeking the highest office in the land must pander, use celebrity props and otherwise hypnotize their audience in order to garner support – they misunderstand the human spirit, no, the American spirit.

What Donald Trump did, is something so different that the massive Clinton machine struggled to deal with it. That machine was built to destroy typical republicans – something Trump isn’t and has never been.

CNN, MSNBC, NBC, Soros, Open Societies and Black Lives Matter  – all tools in the Clinton machine – were all brought to bear against Trump.

Hillary went full-on, elitist politician while Trump echoed the sentiments of anyone who actually works for a living and supports a family. Now, only YOU can decide.

America votes on Tuesday, November 8th, and those citizens have to decide if they think that being pandered to has made their lives better or if perhaps, just perhaps, a different kind of leader might make all of their lives better. 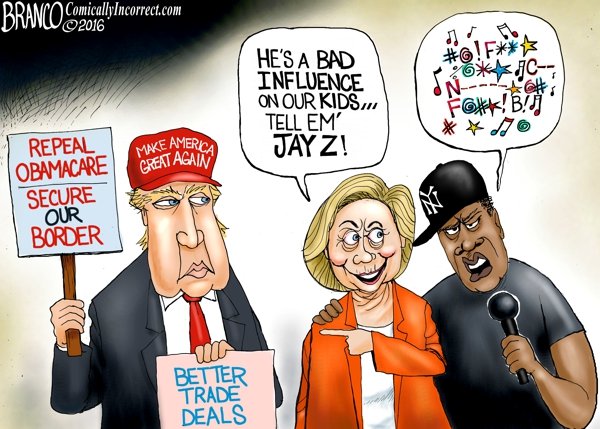 If that doesn’t get your attention, imagine this map that agrees with a majority of polls and exit data out at this time: Click the map to create your own at 270toWin.com
Now GO VOTE! or else: