A base in Iraq housing U.S. and Iraqi forces came under artillery attack Tuesday and preliminary reports indicate that the terrorist army may have used mustard gas.

The attack was against the Qayarrah military base just south of Mosul in Iraq, but no troops were injured and none have displayed signs of mustard gas exposure. 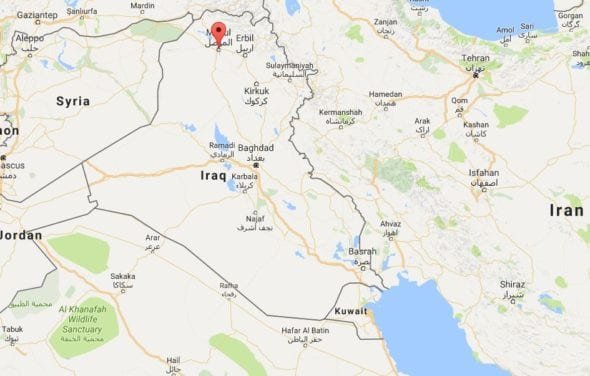 Mustard gas was introduced into combat by the Germans in 1917 prior to the Battle of Ypres and is not a particularly effective chemical warfare agent, but can main or even kill in high enough doses.

The primary test signalled the presence of a weak, poorly weaponized form of mustard gas, but a second test showed negative result. Samples have been sent to a lab for further examination.

Support Conservative Daily News with a small donation via Paypal or credit card that will go towards supporting the news and commentary you've come to appreciate.
Tags
Iraq ISIS mustard gas Quyarrah