The world we live in today is not the same as the one from 20 years ago, 10 years ago, or even four years ago. As with everything else, our country and the world around us has transformed, but not for the better. While ISIS continues to run amok in the West, some of us have lost the moral compass in favor of political correctness and a level of tolerance that knocks on the door of chaos.

It is the liberal agenda and movement that saddens my heart and places the men, women, and children of this country at risk. With the southern floodgates wide open and illegal immigration running unchecked, we have no idea who or what we are truly allowing into this country, and that, my friends, is great cause for concern. The left wants amnesty for illegal immigrants and I find it interesting that this is happening while our country gears up for the 2016 presidential election.

For years, republicans have fought and argued in favor of voter ID laws and why not? After all, we use identification for many other things in life that are less important than selecting the executive chair of our country.  Identification is needed for employment, to open a checking or savings account, to get a library card, to travel by plane, and to purchase tobacco and alcohol products among many other things. Voter identification only makes sense. Why wouldn’t it?

The left, however, will argue that the notion is absurd and restrictive and prevents people from voting. A federal appeals court even struck down North Carolina’s attempt at voter ID calling the effort racist and claiming that it was an attempt to target African Americans, but ask any conservative and you’ll receive a much different answer.

Voter ID proposals are not intended to hinder the voting rights of any legal American voter regardless of race, creed, religion, or etc. Voter ID laws are meant to protect the voting rights of all American citizens while preventing unqualified individuals from voting for the major offices in this country, which is already unlawful.

The truth is, voter identification is meant to stop voter fraud, plain and simple, but you won’t hear that from the left who continually promote voter fraud as a right-wing fairy tale designed to deny Americans their voting rights. But, what many on the left won’t acknowledge are the many examples of proven voter fraud cases over the years.

ACORN was a perfect example that debunked the leftist theory that voter fraud was non-existent. Former ACORN worker, Clifton Mitchell was convicted and served time for helping to register almost 2,000 non-existent voters to meet the voting quota of ACORN.

Mitchell claimed that he and his team came up with and implemented the plan to fabricate voting cards without the consent of his supervisor. When the truth came out, ACORN was fined $25,000 and Mitchell was convicted and spent nearly 3 months in prison for his actions. But, Mitchell wasn’t the only former ACORN employee to partake of voter fraud.

In 2010, FOX News reported on 18 former ACORN employees who either admitted guilt or were convicted of voter fraud across the country during that time. While the reputation of ACORN precedes it, even this group was not a solo player in the matter of voter fraud.

Many cases of voter fraud have come up over the years and continue to do so. Who can forget the case of Melowese Richardson? Richardson admitted to and was convicted of four counts of voter fraud during 2009, 2011, and 2012. While Richardson was initially sentenced to a 5-year prison term, a judge gave her a rebuke and she was released after serving only eight months. Ironically enough, upon her release Ohio Democrats held a special ‘welcome home’ party of sorts and invited her to give a public speach. Yet, the left claims that voter fraud is either non-existent or a very rare occurrence with little to no ties to their own party.

Yet, another example of voter fraud has direct ties to members of the Democratic Party, Hillary Clinton, and Barack Obama that cannot be ignored. That was the case of the Indiana election officials and members of the St. Joseph County Democratic Party. The two men, Chairman Butch Morgan, Jr. and Board of Elections workers, Dustin Blythe were both found guilty of faking petitions that gained Obama a place on the presidential primary back in 2008 and of forging hundreds of signatures in support of both Obama and Hillary Clinton.

Voter fraud is real. You can’t make this stuff up when the hard facts are just a click away. So, tell me again why we shouldn’t all support voter identification laws. 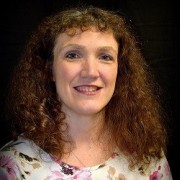 Beth Casey is a freelance writer, ghostwriter, editor, social media marketer, and beauty products entrepreneur in the foothills of western Maine, where she resides.