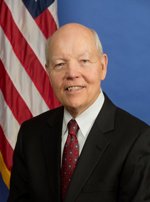 I’m not sure what color the sky is in the IRS’s little world, but apparently, IRS commissioner John Koskinen isn’t following the rules and he thinks “it’s in everyone’s interest” to let your identity be stolen.

One step to curtailing identity fraud (which is a crime), would be to notify the affected individual as soon as suspicious activity is noticed – unless you’re the all-powerful IRS that is…

“The IRS has not established an effective process to ensure that the required notice is sent to the Social Security Administration to alert it of earnings not associated with a victim of employment-related identity theft,” the Treasury Inspector General for Tax Administration stated in its report. The issue affected 1.1 million victims of employment-related identity theft between February 2011 and December 2015.

Koskinen isn’t likely to do much about this problem. While this report came out yesterday, Koskinen admitted in April that he was aware the identity theft was occurring and he was kinda ok with it:

IRS Commissioner John Koskinen first admitted to the issue during an April hearing of the Senate Finance Committee, nonchalantly telling senators the agency hoped illegal immigrants would engage in the practice if it meant they would pay taxes on income earned in the United States. “They are undocumented aliens … They’re paying taxes. It’s in everybody’s interest to have them pay the taxes they owe,” Koskinen said.

Sure, if someone does work in the United States, they should pay the taxes they owe – but not while running around pretending to be someone else.

When an illegal immigrant uses someone else’s social security number to get a job, taxes are withheld and paid using that number. Later when taxes are filed and things don’t quite line-up – the IRS turns a blind eye as long as their taking in revenue. Imagine the public outcry, media lashing and FTC lawsuits that any private company would face if they publicly stated “yeah, we knew the identities were fraudulent, but as long as we were getting paid out of the deal, we figured it was someone else’s job to deal with the fraud stuff.”

As the report circulates through the media, surely Koskinen realizes that he has some culpability and must resolve his department’s issue of failing to report identity theft – or maybe not..

“Our job is to make sure people pay the taxes they owe from the earnings they’ve had,” Koskinen said. “To the extent that they’re here under circumstances that don’t meet the immigration laws or don’t correspond with the Social Security Administration, it’s really [other] agencies’ job to pursue that.”

Sure, then there’s that whole conspiracy to defraud thing…

Support Conservative Daily News with a small donation via Paypal or credit card that will go towards supporting the news and commentary you've come to appreciate.
Tags
fraud Illegal immigration John Koskinen the IRS