There is a lot of speculation about lyin Hillary’s pick for vice-president, one person that is said being considered is Elizabeth Warren. That would be some ticket, both are liars, both have been caught lying and both deny being liars, but that in it self is a lie.

First to be exposed was her unverified claim to be a Cherokee, Liz claimed she was a Cherokee Native American, which gave her affirmative action preferences for entry to Harvard, scholarships and high-paying job offers. When she applied to Penn and Harvard, she checked the box claiming she was Native American, which she only checked so she would get preferential treatment, not only a lie but quite unethical.

Liz has a habit of saying she is against big banks and big business, but when she was a lawyer Liz represented a string of big businesses in cases against workers, she seems to have been practicing law for over a decade without a license. Liz likes to bash Trump because he made money during the housing crash, but low and behold she also made a sizable sum flipping foreclosed properties, there’s nothing wrong with making money, at least Trump is honest about it. Liz has also claimed to be a nationally recognized debate champion when she was in high school. But Professor Paul Rahe of Hillsdale College, who attended high school with Warren and was active on the debate team, does not even remember her being on the team.

Now Hillary, she has lied so many times on so many topics I don’t have enough room to list them all. The one lie that should disqualify her from becoming president is when she lied to the families of the men who died in Benghazi. A person that would look into the eyes of those family members and tell them their loved ones died because of a video when she knew it wasn’t true is a despicable liar and should get no where near the White House.

Let us not forget the e-mail problem she has at the moment. Not only did she lie, but she put national security at risk. Hillary has lied so much it just comes natural for her, as a matter of fact, I don’t think she can tell the difference anymore, she truly believes the American people are stupid and will just forget about everything. Well maybe this time she may be in for a little surprise, the FBI has never done a criminal investigation on her before; this might be the end of Hillary and Bill, the perfect lying couple. 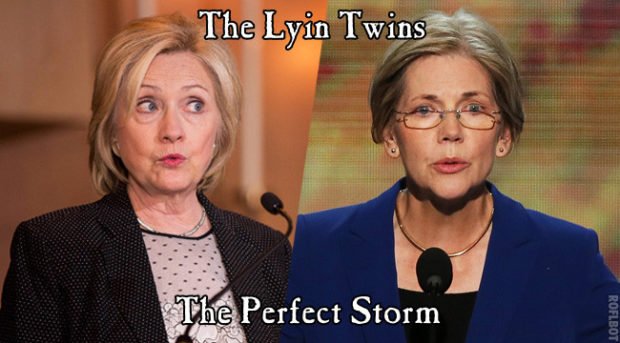